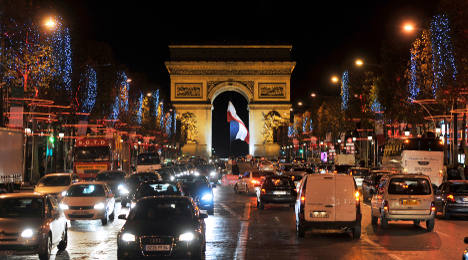 Paris is set to get a new taxi service of a kind, thanks to Uber, whose new Pop service sees (almost) anyone become a 'taxi' driver. Photo: Mehdi Fouach/AFP

Uber, which already has a fleet of private hire cabs in the French capital, has chosen Paris to roll out its service UberPop, that allows almost any individual to become a part time taxi driver and pick up others in their own cars.

The UberPop service has already been launched successfully in several cities in the US and the firm, which has seen massive growth in France in recent years, believes there is a gap in the market in the French capital.

It is based on the notion of ridesharing and should offer much cheaper rates than traditional taxis.

“It will be the same philosophy but exclusively in an urban framework,” said Pierre-Dimitri Gore-Coty, the director general of Uber France.

“Our aim is to be reliable” says Gore-Coty, which may be difficult at first if there are a lack of cars available. “The network needs to be deep enough to take people wherever they want to go and when they want.”

There are certain conditions for joining the scheme. Drivers need to have vehicle under five years old and they need to be 21 or over. You need an insurance policy as well as a criminal records check.

For their part passengers will have to pay rates similar to taxi chages – around 35 cents a minute and 80 cents per kilometre. There will be a minimum charge of €4.

Obviously Uber has not set the system up for nothing and will charge a commission of between 10 and 20 percent, according to Gore-Coty.

The system, naturally relies on the use of smartphones, which will allow users to locate cars that are available in their area. Drivers, who will normally have another job but perhaps need some extra income, just have to signal their availability. All transactions are carried out on line.

To start with the service will only be available for Paris and its close suburbs.

The system is like to anger the already angry Paris taxi drivers, who went on strike recently to protest about the rise of the private hire cabs in the city.

The protest turned violent and several private hire cabs including one Uber vehicle had their windows smashed and tyres slashed as terrified passengers cowed inside.

To appease the taxi drivers the French government has introduced new rules that mean private hire cabs have to respect a 15 minute delay before they can pick up passengers.

Responding to the launch of UberPop, Alain Griset, president of the national union of taxi drivers told Le Parisien: "We will take them to the courts for undeclared labour and unfair competition.

"It's not normal that some pay  their taxes and social charges while others escape them," he said. What do you think of the new UberPop system? Let us know in the comments section below.