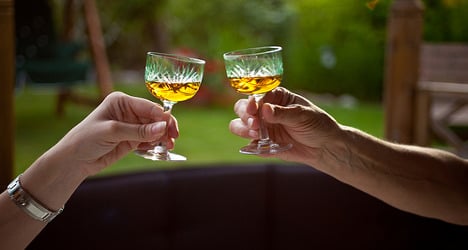 A glass of whiskey led to a French political party candidate getting tossed out of the organization. Photo: Hakan Dahlstrom/Flickr

A leftist, who was set to be a candidate for the Parti de Gauche in the upcoming local elections, Maurice Melliet, has been forced to regret who he shared a glass of whiskey with on Saturday in his home town of Périgueux, western France.

Melliet's mistake was not a case of one glass turning into eight so that he ended up embarrassing himself by getting into a drunken stupor and doing something highly embarrassing that was caught on camera. The error was for 69-year-old party member to have a drink at the office of the arch enemy, the right-wing Divers Droite party. And to make matters worse he also happened to be in the company of a friend, 91-year-old Yves Guéna, who is a member of France's conservative UMP party. Oh, and some journalists noticed the cross-party activity and included it in their reports.

When word got back to the local leaders of Parti de Gauche the response was swift and brutal.

“The party accepts no collusion or arrangement of any type with the right in Périgueux nor elsewhere in the country,” according to a statement from the local Parti de Gauche's co-president Martine Billard. “The consequence: Maurice Melliet is not and will not be the party’s candidate in Périgueux.”

Melliet, who considers himself a leftist since birth, has been left a bit bewildered by the partisan pillorying of his nascent political career.

He says he had simply been walking home from the Saturday market where he had handed out party flyers and was leaving when two friends called him in for a drink at the campaign offices of Divers Droite.

“I didn’t even question it, nor do I see or could I see the problem,” he told Europe 1 TV. “These are people I have known for 30 years, with whom I have worked. I am in lots of associations, I have very strong friendships. How could I, all of a sudden, turn my back on  them?”

He went on to say that he has all his life worked with and befriended people who aren’t like him, even people on the right of the political spectrum. He’s found these relationships “enriching.”

Some of his old pals at the Parti de Gauche agree more with that philosophy than with Billard’s hardcore partisan statement. Leftist party Co-secretary Serge Rischmann denounced the “extraordinarly vitriolic words just over a drink between friends.”

“I have been treating this like a trial for heresy during the Inquisition. But the reality is worse,” Rischmann wrote on a blog post. “The heretic appeared and could plead his case. This same grace was not even accorded to Maurice.” 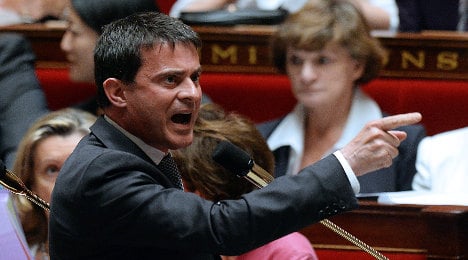 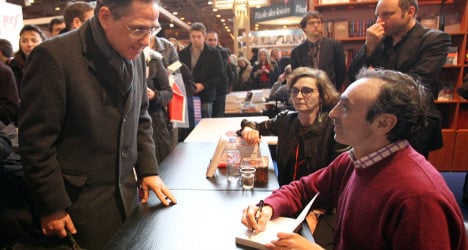