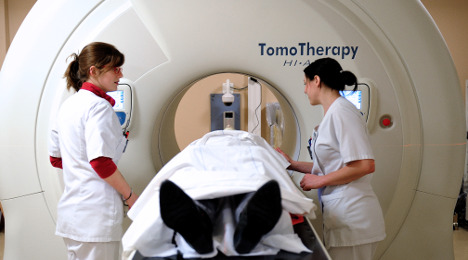 A day after the World Health Organization (WHO) released a report saying the globe is facing a "tidal wave" of new cancer cases, France unveiled its new Cancer Plan for 2014 to 2019 aimed at fighting a disease which is the leading cause of death in the country.

President François Hollande revealed his raft of proposals to health professionals and campaigners and vowed to tackle inequality that made fighting the disease harder for certain sectors of the French population.

"Inequalities among French people are increasing. The chances of dying from cancer between the ages of 30-65 are two times higher for the working class than for managers. These inequalities are social, generational and territorial," the president said.

The plan, he said, would help close the equality gap when it comes to combatting the disease, which strikes on average 355,000 French people each year and killed 148,000 in 2012.

On Monday the WHO released a report, which says 14 million people per year are diagnosed with cancer globally. The WHO believes a full 50 percent of those cancer cases could be avoided by tackling everyday health risks like smoking, obesity and drinking alcohol.

The director of the WHO's International Agency for Research pinned the forecasted peaks in cancer rates on two simultaneous phenomenons.

"The global cancer burden is increasing and quite markedly, due predominately to the ageing of the populations and population growth," Dr. Chris Wild told the BBC. "If we look at the cost of treatment of cancers, it is spiralling out of control, even for the high-income countries. Prevention is absolutely critical and it's been somewhat neglected."

Hollande's proposal takes that advice to heart, favoring heavily a new emphasis on prevention and early detection of the disease.  He didn't, however, commit to raising the tax on cigarettes, which last month saw the price of a packet of cigarettes hit €7 for certain brands. He did however vow to reduce the number of smokers in France, which currently stands at around third of the population aged over 15, down to one fifth.

COVID-19
Covid-19 cases in Europe back on the rise after weeks of decline
Url copied to clipboard!