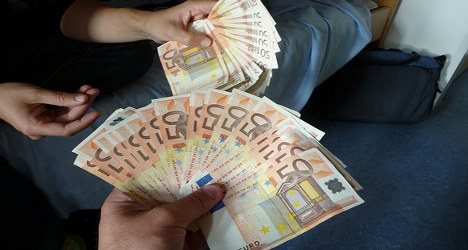 France needs to do more to fight corruption a new report from the European Commission argues, especially in the areas of international business transactions and public procurement, which are still ripe with misdeeds.

"Corruption-related risks in the public procurement sector and in international business transactions have not been addressed," the report concludes.

The Commission, which released its first ever European wide report on Monday, wants France to take action "to identify risks at local level" and also "set priorities for anti-corruption measures" when it comes to the handing out of public contracts.

A campaigner for public transparency in France told The Local on Monday the report’s findings were no surprise.

“The most common public corruption is among local and not national authorities in France. The council members and mayors are in closer proximity to local business people,” Jacques Terray, the Vice President of Transparency International told The Local. “Sometimes they are even related. They see each other in the street every day.”

New rules that just took effect and which require local politicians to declare their assets in an effort to stifle corruption are a step in the right direction, Terray added.

Findings from France’s own Central Service for the Prevention of Corruption identified “particular corruption risks” in local jurisdictions where a significant number of “presidents of local and regional administrations have been convicted of corruption,” the report found.

France has taken some anti-corruption steps when it comes to the handing out public contracts, like requiring electronic bid applications for any calls for tender over €90,000. Digitising the process lowers corruption risks and allows for improved quality control, the report said.

However, at the same time French laws that make it a crime to breach public procurement rules rarely result in criminal charges and when they do, the punishment handed down is not severe. From 2007-2010 no one served any prison time for breaching France’s procurement rules.

Of the 45 convictions for breaching procurement laws in that time period, suspended jail sentences were given out in around half of all cases and the others were ordered to pay fines that ranged from €2,300-5,300.

France also does not seem to be very stringent in pursuing prosecution against corruption in international business transactions, the report found. From 2000-2012 only 33 investigations were launched.

However that number “is low in relation to the size of the French economy and the exposure of French companies to the risk of transnational bribery,” the study said.

And when it comes to their impression of corruption levels in their own country, the French are not too positive.

In the eyes of French business leaders, France has a whopping corruption problem. Of those surveyed for a new EU report that was released on Monday, 73 percent believed bribes and favouritism hurt fair competition among French companies.

The public works, goods and services market, which was worth 18.5 percent of €2 trillion GDP in 2011, was widely viewed as crooked by people who responded to the European Commission surveys included in the report. Five in 10 French people consider corruption is widespread among the issuing  public contracts on a local and national level. How does France compare?

Countries like Denmark, the United Kingdom and Germany were among the most effective fighters of corruption, the Commission found.

“In the United Kingdom, petty corruption does not appear to pose a challenge,” the report found. “Traditionally, the UK promotes high ethical standards of public service.”

On the other end of the spectrum Italy and Greece face long term struggles with corruption, which at least in Greece, had been exacerbated by austerity.

"The adoption of the anti-corruption law in November 2012 represents a significant step forward in the fight against corruption in Italy,” the report said. “However, despite considerable efforts, corruption remains a serious challenge in Italy.”