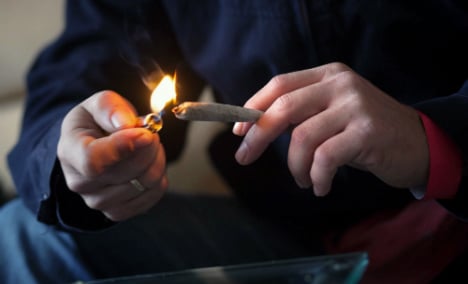 The French woman, an Indonesian maid and three Malaysian men were arrested on Wednesday in a raid on two luxury apartment units in the capital of eastern Sabah state on Borneo island, state police chief Hamza Taib said.

Police seized 36 cannabis plants and half a kilogram (1.1 pounds) of processed cannabis from the units, Hamza said.

Malaysia is known for its strict anti-drug trafficking laws, and the offence carries a mandatory sentence of death by hanging upon conviction.

Hamza said police were investigating those detained for illegally growing the plants and drug trafficking.

"We will finish our investigations and submit the papers to the attorney general's office. It's very likely that they will be charged," Hamza told AFP.

He added the French woman, in her 30s, had been in Malaysia for a year but declined to name her or give further details.

Hundreds of people are currently on death row in Malaysia, mainly for drug-related offences.

Since 1960 nearly 450 people have been executed, although the Southeast Asian country has carried out few hangings in recent years.

Two Australians were put to death in 1986 for heroin trafficking — the first Westerners to be hanged.