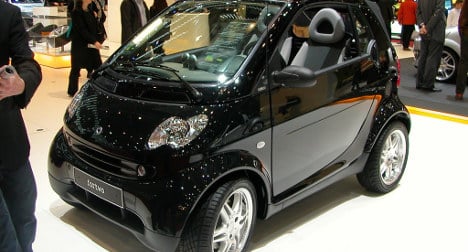 French-made smart car, the Smart Fortwo, was the most stolen car in France for two years running, a new ranking has shown.

Published by the magazine Auto Plus on Friday, the annual ranking is based on statistics provided by 15 insurers and banks, which represent some 20 million vehicles in France.

“Generally speaking, premium German and French [makes] share almost all of the places in the top 50 most stolen cars, with a majority of city cars, compact saloons and SUVs lately, but also some old [models] which are still popular,” the magazine wrote.

Created by German automobile manufacturer Daimler AG, the Fortwo is a rear-engined two-seater city car. First presented at the 1998 Paris Motor Show, the model’s all-electric version was first introduced in 2007.

But what is it about the smart car that is seemingly irresistible to thieves?

According to the magazine it has nothing to do with its ability to park in small spaces or ecological fuel consumption and more to do with its “very little resistance to burglary” and the fact that its parts are “worth gold”.

Perhaps less surprisingly, the second most stolen car was the luxury 4×4 BMW X6, but not through traditional car-jacking methods.

“Sometimes stolen through home-jacking (vehicle theft committed after stealing the car keys from someone’s home) or car-jacking, it [the BMW X6] is mostly stolen through hacking,” according to the magazine, which freezes the vehicle's sophisticated anti-theft device.

In third place was the French-made Renault Twingo, followed by two other BMW models, the 1 Series and the X5.

The magazine also looked at the number of car thefts per 1,000 people in each of France’s 101 departments.

The French administrative departments of Oise, Val d’Oise and Bouches-du-Rhône were found to have the most car thefts, with a rate of 3.7 to 4.5 per 1,000 residents reporting their car being stolen between October 2012 and September 2013.

The areas with the second-highest levels of car thefts were Seine-Saint-Denis, Seine-et-Marne, Essonne, Drôme, Vaucluse and Gard, with a rate of between 2.8 and 3.6 per 1,000 residents.

In another survey published by the magazine in November last year, the number of auto thefts was found to have increased in 2013 after 11 years of decline.

See below for the list of the ten most stolen cars: