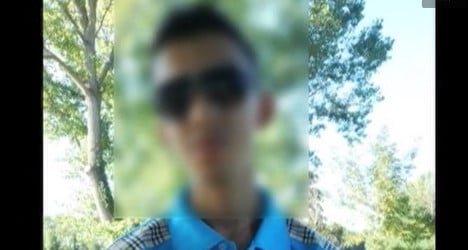 The younger of two French high school students who ran away to fight among jihadists in Syria was charged on Friday with having connections to a “terrorist enterprise”, according to media reports. The fate of his 16-year-old companion was not immediately known.

Earlier in the day an anti-terrorism judge put the boys, both from Toulouse, under the supervision of law enforcement officers. Subsequently, the 15-year-old boy was charged with “participating in a criminal enterprise that is tied to a terrorist enterprise,” French daily Le Parisien reported.

This would not be the first time teens could face anti-terror charges in France, but it is extremely rare.

The 15-year-old boy's lawyer said this case had not basis in fact.

"We demand the immediate release and the dropping of all charges against our client as there is no serious or corresponding evidence," his lawyer Yassin Bouzrou said. "Our client has been presented as a jihadist, which he is not."

The boys disappeared on January 6th and, after using a parent’s bank card to buy plane tickets, flew to Turkey with the intention of joining the jihad or holy war in Syria. The younger of the two boys comes from a Muslim family but had never shown signs of radicalization until he disappeared.

The boy’s father told the media he believed his son, who was a well-adjusted and successful student, had been recruited by jihadists online. Both boys were returned to France this week and it appears only the younger boy made it into Syria.

The teens' attempt to join the "holy war" against Bashar al-Assad highlighted the growing issue of hundreds of French nationals, mostly young men, leaving France to fight in Syria.

Previously, one of the boy’s fathers told newspaper reporters his son had called to say he had joined ‘jihad’ fighters.

“He said we wouldn't hear from him for a month, if he was still alive,” the father told La Depeche. “He was with al Qaeda fighters. During his last phone call to us, he was talking about the fighters as his brothers.”

Interior Minister Manuel Valls has said despite what the boy recovered on Monday had told his father, he was in Turkey and had not yet made it to Syria. The boy had made the trip on a ticket purchased with his father’s credit card.

Prosecutors were still trying to determine how the boys became radicalized and whether they had any contact with jihadist recruiters working in France.

Since the conflict broke out over two years ago, foreign fighters have been drawn to the front lines in Syria. The number of French rebels has grown exponentially, with the number up to around 250.

One of the boy’s fathers, who has not been named, told La Depeche his son is Muslim, but doesn’t speak Arabic, and was radicalized on the internet.