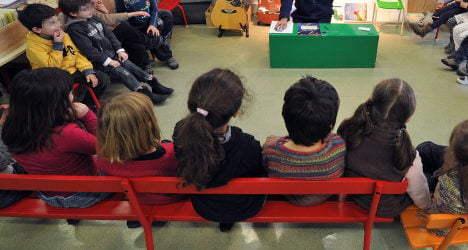 France’s Education Minister Vincent Peillon was forced to act after hundreds of parents have been keeping their children off school as a result of hoax messages about infants as young as four being encouraged to question their sexual identity in so-called "gender theory" lessons.

The rumours spread like wildfire across social media sites and through parental networks and became serious enough for a furious Peillon to take action.

He has reminded parents of their duty to bring their children to school.

"Parents who are not sending their children to school should be called in to remind them of their obligations and to explain the reality," the minister said.

The boycott movement has affected attendances at an estimated 100 of France's 48,000 schools and has been triggered by an apparently willful attempt to misrepresent an educational module called "The ABCD of equality" as a form of radical gender studies – a discipline that has become a target for Catholic and Muslim fundamentalists.

According to reports from various parts of France, parents at certain schools have this week been receiving texts warning them that their children might be having sex education lessons in which they are taught they can choose to be a girl or a boy.

Parents in France’s Muslim community appear to have been particularly targeted. Peillon has blamed right-wing extremists for starting the panic.

“There are a certain number of extremists who have decided to lie and to scare parents. What we do at school is to teach the values of the Republic, which means respect between men and women,” said Peillon.

“All these people stirring up trouble and hate, I ask them to stop.”

“Schools will not be teaching gender theory. It will teach equality from all points of view,” said Peillon.

French media have identified one of the instigators of the alarm-spreading text messages as Farida Belghoui, an eccentric former anti-racism activist who now appears to have forged links with the extreme right.

A number of fringe groups were given a fresh lease of life by last year's acrimonious debate and protests over France's legalization of gay marriage and they were behind a violent "day of rage" protest against President François Hollande in Paris on Sunday.

"It's disgraceful what has happened. We have had a real battle to convince parents that it is not true," Michelle Olivier, from France's SNUiPP teaching union told The Local on Monday.

"We have asked the minister to issue a statement in order to put parents' minds at ease," she said. "We are concerned this may continue, with those behind it promising further campaigns in the coming months.

"It is completely normal to teach equality to young children in order to help them accept it," she added.

Although the school boycott movement remains confined to a very small minority of parents, social commentators have voiced concern that it reflects a broader trend towards the faultlines in French society becoming more apparent.

The divisive debate on gay marriage appears to have acted as a catalyst for a shift in attitudes which has allowed some people to become more willing to express racist, anti-Semitic and anti-Islamic ideas in public.