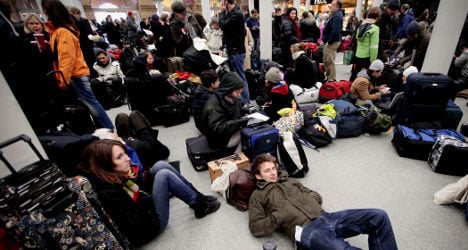 If you are flying in or out of Paris on Thursday be ready for a little turbulence. Air traffic controllers at Charles de Gaulle, Roisy and Beauvais airports have called a strike over proposed budget cuts.

As a result, France’s civil aviation authority DGAC has told airlines to trim their number of flights by 20 percent, RTL radio reported. A source at Orly airport told AFP that over 200 flights will be affected by the industrial action.

Passengers should check in with their airlines to find out if their flight has been cancelled or changed. The strike is expected to disrupt air traffic throughout the whole country on Thursday.

The strike was called against a European Commission proposal to reduce air navigation costs. The unions have called the reductions, which are part of a program called “Single Sky Europe”, excessive.

Air traffic controllers staged widespread strikes in June 2013, which in some cases prompted the cancellation of half of all flights, against funding cuts.

Aviation workers were protesting against European Commission plans to reform air travel throughout Europe, in a way that French unions fear will lead to the liberalization and a "forced low-cost" ethos in air traffic.

However, for this latest industrial action France’s largest air traffic controllers union SNCTA has rescinded its warning to strike from January 27th-31st after the government promised to fight the Europe-wide budget cuts.

You can check the latest information by visiting the website for Paris airports by CLICKING HERE.