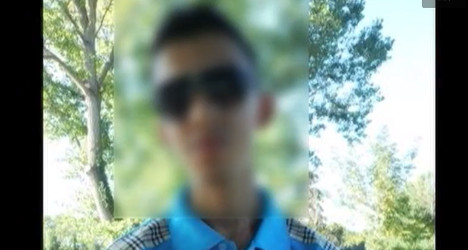 The two boys, aged 15 and 16, flew to Turkey on January 6th with the apparent intention of crossing the border into Syria and performing "jihad" or holy war alongside the thousands of foreign fighters who have joined rebels battling Bashar al-Assad's government forces.

The younger of the two succeeded in crossing the border but neither boy reached the front line, to the relief of anxious friends and family in Toulouse, where they were both pupils at the Arenes Lycee, or high school.

The 16-year-old arrived home on Sunday while the 15-year-old, whose repatriation was delayed by complications linked to his entering Syria, got back on Tuesday.

The latter's father appealed to journalists to leave the family alone. "We need to rest, these are very difficult moments for us," he said.

The pair face interrogation from police about how they came to be sufficiently radicalised to embark on such an adventure and the contacts they must have made in order to believe it was possible.

According to Interior Minister Manuel Valls, as many as 700 French nationals could have joined the fighting in Syria, with perhaps one fifth of the total accounted for by converts to Islam.

Valls has described these radicals as a ticking time bomb whose eventual return to France will present the country with a major security challenge in years to come.

The case of the 15-year-old has been most surprising for his parents and teachers. Brought up in a devout Muslim family, he had never shown any sign of radicalism and had no history of trouble at school or with the police.

The other boy was known to the police in connection with minor offences and comes from a family which includes several Islamist hardliners. He is suspected of having perhaps influenced his younger friend.

Police sources said investigators did not think the two boys necessarily came under the influence of an Islamist network and, as a result, they would be seeking to establish how exactly they got to the point of flying off to Turkey.

The principal of their lycée, Denis Demersseman, has appealed for leniency, saying they should be regarded as "victims rather than criminals".

The principal said he was well aware that Toulouse was home to a number of radicals seeking to influence youngsters in the city's poorer neighbourhoods.

"Nobody is naive, I have seen plenty of attempts to recruit youngsters, but in their cases, I really didn't see this coming," the principal said.

"It's a huge surprise and for the other students there is incomprehension and fear — something they might have read about in the media is now touching them directly."

Once known primarily for its eponymous sausages and rustic cuisine, Toulouse has become synonymous with France's home-grown Islamist threat.

It was here that gunman Mohamed Merah killed seven people in a 2012 shooting spree and the city was also home to Jean-Daniel and Nicolas Bons, two half-brothers from a comfortable middle class background who converted to Islam and ended up dying in Syria in August 2013 and in late December respectively.

Since Merah was shot in a police siege, it has emerged that he had visited Pakistan and Afghanistan prior to his attacks and had been on the radar of French intelligence, who had gravely under-estimated the threat he posed.