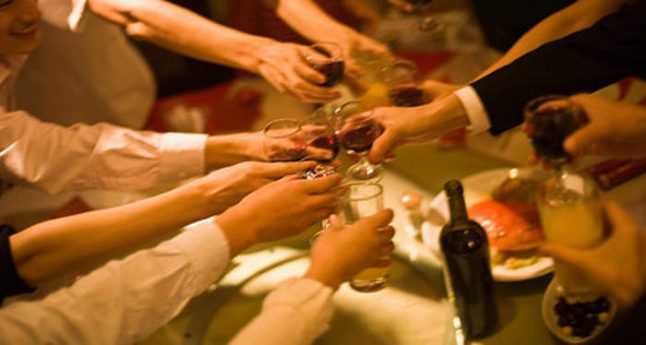 Which country has toppled France for the world leader of red wine drinking, according to a new report. Photo: STR/AFP

A surging demand for red wine shot China past France as the world’s top consumer of vin rouge last year with 1.87 billion bottles of the crimson beverage downed in the red republic.

The demand in China has grown by 136 percent since 2008, though about 80 percent of all the wine they drink is made in China, so it’s a double sting for France, according to a report from British firm International Wine & Spirits Research.

The thirst for red wine in China has been growing since 2005. Between 2007 and 2013 their consumption almost tripled, whereas the French sipped down 18 percent less over the same period, the study says.

China still remains the fifth consumer of all types of wine, far behind the United States, France and Italy. For red wine, the next countries behind France were Italy, the US and Germany, the study said.

There is, however, some hope that more French wine could soon find itself in Chinese glasses. The study found that imported wines are gaining popularity in China, with importation jumping by a factor of seven between 2007 and 2013. Foreign wine is about 18.8 percent of what onologues drink in China.

A effort to capture some of those drinkers has led to major French wine labels to set up shop in China.

Domaines Barons de Rothschild (DBR), maker of the renowned Chateau Lafite reds, is planting roots in China with an initial 15 hectares (37 acres) in Penglai, a hilly green peninsula dotted with vineyards on the east coast of Shandong province with a century-long history of winemaking.

LVMH is also harvesting its first cabernet sauvignon and merlot grapes from 30 hectares in the cool hills of southwestern Yunnan.