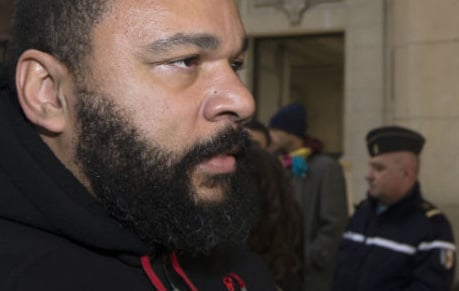 French police have found almost €660,000 in cash while searching a theatre and the home of French polemicist and comedian Dieudonné, various reports in the French media said on Wednesday.

Dieudonné has been convicted numerous times on charges of hate speech and  is suspected of playing poor to avoid paying the penalties.

The searches on Tuesday were part of a police investigation into suspicions he had laundered money, made false declarations of bankruptcy and misused corporate assets, French magazine Le Point reported. Police carried out raids at both his theatre La Main d’Or in Paris and his home which is in a town south west of the French capital.

Authorities have been unable to recover about €65,000 in unpaid fines that stem from a string of hate speech convictions against Dieudonné, who has pleaded poverty. Critics say his act has veered across the from funny to anti-Semetic.

This latest twist in the provocative comedian’s battles with the government comes weeks after he was banned from performing his newest show in a string of French cities and towns because officials found it infringed upon people’s “human dignity.”

He also under fire for a gesture of his making that many believe is an inverted Nazi salute. In recent months photos have popped up of Dieudonné fans making the so-called “quenelle” in front of synagogues and other sites with links to Judaism.

The investigations were prompted by his suspected attempts to hide money from the government. Prosecutors say he has sent €400,000 sent to Cameroon since 2009. They also allege the production company managed by his wife Noémie Montagne bought one of his properties at auction for €550,000 when he owed the government €900,000 in taxes on it.

In response to the searches, the comic’s attorney Jacques Verdier denounced the “organized hunt of Dieudonné,” adding he “does not support the Third Reich.”