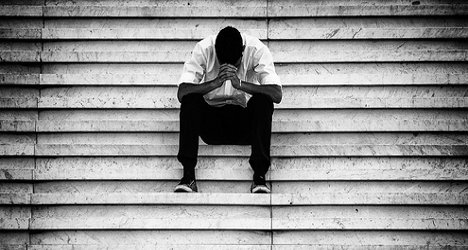 Millions of French workers are close to burn out, a new study says. Photo: Reynermedia/Flickr

The French may have a reputation for working as much as they play, but that stereotype is countered by a growing body of evidence that suggests they are slogging away too far too hard.

About 3.2 million French workers, who put an excessive and even compulsive effort into their jobs, are on the verge of burning out, a new study says.

The study from Technologia, a French firm that looks at ways to reduce risks to workers, found that farmers, at 23.5 percent, were most prone to excessive work, followed closely at 19.6 percent by business owners and managers.

The all-consuming nature of people’s jobs has left them feeling exhausted, emotionally empty and sometimes physically in pain, Technologia found.

“France’s appearance from the outside can be a bit simplified,” Technologia's head Jean-Claude Delgenes told The Local on Monday. “There is a lot of overtime. Most workers don’t adhere strictly to the 35-hour work week.”

“We have poor self-control when it comes to new technology,” Delgenes said. “Work spills over into people’s private lives. The difference between work and social life used to be clearly distinct."

'I have received one call from an expat'

At the same time the subject of burnout is somewhat taboo in France, where workers put in fewer hours than their European neighbours, but are highly productive. While the average French worker did 41.2 hours of work in 2011, German employees spent 41.9 hours in the clock and the Brits pulled 42.8 hours.

There is some, at least anecdotal evidence, that expats in France are feeling less consumed by their work or have found a way to cope with it. Perhaps the fact that many expats have come from countries that traditionally put in more hours than the French has had some bearing.

One listener for SOS Help, a help line for expats in France, says he has received one call about work-related problems out of some 8,000 calls in the many years he has listened to callers' concerns.

“We usually talk to people dealing with loneliness and isolation,” said Andrew, one of the organization's listeners, who spoke on condition of anonymity. “We see people who are dealing with deep-seated issues that were exacerbated by their coming to France.”

The impact of burnout also seems to disproportionately affect women. Two in ten French women and one in ten French men felt their work left them emotionally drained. Single mothers and fathers were also much more likely, at 28 percent, as opposed to 12 percent of single people without kids, to feel their work had left them sapped.

'It needs to be worse than losing a hand'

France’s growing troubles with burnout are also tied to restrictions on getting the state to cover the cost of treatment or time off work. Presently a person would have to show he or she has had their abilities reduced by 25 percent in order to have burnout officially recognized.

To put that into perspective a person who loses a hand on the job is considered to have lost 20 percent of their working capacity.

“So you’d have to be pretty beat up,” Delgenes said. “It needs to be worse than losing a hand.”

And presently the system is set so that workers are responsible for most of the costs of their own treatment in the case of work-related burnout. However, if the burnout were reclassified so that it's similar to other work-related injures, as Technologia is advocating, employers would be handed the majority of the cost.

This study reinforces the revelations that followed from a string of suicides at France Telecom in 2008-2009, which sparked national soul-searching about the modern work culture in France and its impact on health. From 2008-2011 more than 60 workers killed themselves, with some leaving notes that blamed work stress.

The rate of suicides among the company’s 102,000 France-based workers was 15.3 percent per year, slightly higher than the rate for the general population of 14.7 percent. Technologia was among the bodies that looked at the company culture, which French labour authorities ultimately found to be “conducive to generating suffering at work”.