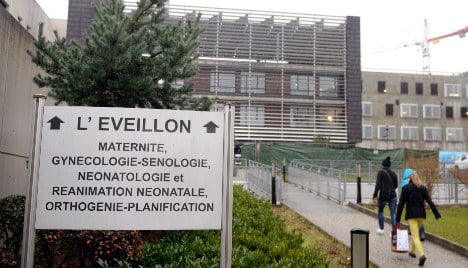 "The most probable hypothesis is an isolated accident in the production stage on November 28 at the laboratoire Marette," Marisol Touraine told reporters, explaining the baby deaths in the hospital in the town of Chambéry in southeast France.

But Marette strongly denied it was responsible for any contamination, citing tests conducted by the national drugs and health products monitor ANSM.

"There are no elements to show that the germs originated at Marette," the firm's lawyer Matthieu Lemaire told a news conference.

The lawyer said out of a total of 137 nutrient pouches produced by the firm on November 28th, 102 had been delivered to six hospitals other than Chambéry and there had been no "incidents".

"Only Chambéry experienced problems," he said.

Three of the babies died on different dates last month. Another died in March last year. And the health minister spokes of another suspected death in December 2012.

Touraine said there was "no link between the medical practices at then hospital and the contamination" of the baby feeding bags.

France's Institut Pasteur had said a new type of bacteria had been found in nutrient bags used by the hospital, after it carried out tests on 10 pouches.

The tests came after the parents of the three newborns who died last month filed criminal complaints for manslaughter against the hospital.