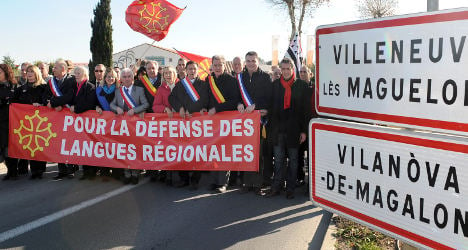 France is again debating whether to adapt a founding principal in order to better protect its linguistic heritage. Photo: Pascal Guyot/AFP

Protecting the French language is so important in Gallic culture that the country has an official body tasked with keeping creeping Anglicization at bay.

Yet at the same time France is home to over two million speakers of several regional languages, which successive governments have appeared reluctant to protect and promote in the same way.

Needless to say this stance of "one country one language", which dates back to the French Revolution, has led to accusations of double standards.

Although France made the symbolic move to sign the European Charter of Regional and Minority Languages – originally drawn up in 1992 – Paris has never ratified it. It has been a source of discontent in regions like Brittany, the Basque country and Corsica.

This week French lawmakers took another crack at it, reopening the long-standing debate over the issue of France and its apparent refusal to accept its regional languages.

But once again ratification of the document seems decidedly doubtful because it collides with a sacred and founding notion of the French Republic, a campaigner from Brittany tells The Local.

“In France the Republic is singular, indivisible and must have only one language, or so the thinking goes,” Yann An Aod, a leader of Kelc'h Sevenadurel Gwened, a Breton cultural promotion group said. “The regions interest the country’s leaders, but only from a cultural point of view, as a place to visit as a tourist.”

For An Aod the current debate is somewhat hypocritical. France seeks to promote its language throughout the world, he said, but barely lifts a finger to protect its own cultural diversity at home.

“In France we are told we must have one centre of power and only one language, it’s that way of thinking,” he said.

France lagging behind most of Europe

The French now number 66 million, and among them there are over 2.2 million speakers of regional languages like Breton and Corsican, according to a recent survey carried out by FLAREP, an organization that promotes the teaching of these languages in state schools. France’s border region near Germany, including the department of Alsace, counts over 750,000 speakers of Alsatian, among its population.

The strong grassroots support for regional languages saw tens of thousands of protesters take to the streets in 2012 calling for Paris to ratify a charter, which most other European countries have been happy to adopt.

Germany, Spain, Sweden, Switzerland and the United Kingdom are among the 25 nations that have ratified that pact. France, Italy, Russia and five other nations have not gone further than the largely symbolic act of adding their signature.

The problem for speakers of Breton, Basque, Alsatian and the like is that the same barrier remains in place. France’s top legal advisor, the Counsel of State (Conseil d’état), said in March 2013 that the charter would introduce “a fundamental inconsistency into the constitution.”

President François Hollande promised to show that France has moved on. In his 2012 campaign he vowed to finally officially adopt the charter, but that promise, like others he has made, does not look like being kept.

But there are some who still hold out hope.

“In the end the ratification of the charter is inevitable,” Fulup Jacq, head of the Public Office of Breton Language told newspaper Le Figaro. “It springs from a fundamental movement in society.”

The proposal that provoked a heated debate in parliament this week includes an effort to work around France’s attachment to its language. The proposal would accord no “collective rights” to the speakers of regional languages, though it would still offer to promote and protect them, French daily Libération reported.
A vote on the proposal is set to take place in the coming weeks but the battle between France and its regions will no doubt rumble on a lot longer. 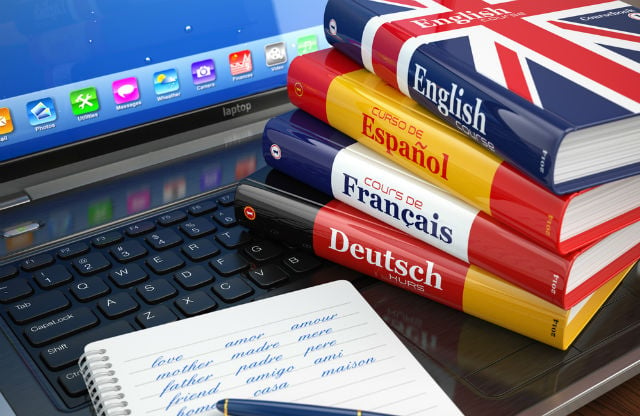 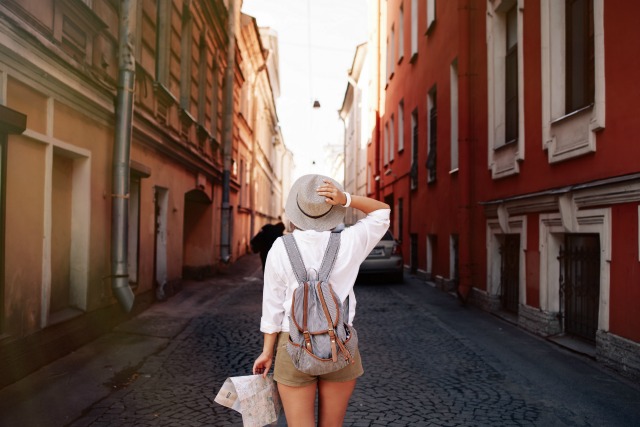