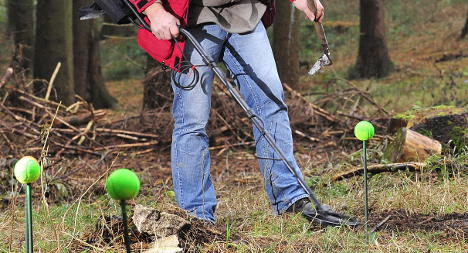 Jean-David Desforges, head of the French association Stop the Pillage of Archeological and Historical Heritage (Happah), told The Local on Thursday that many objects from ancient Gaul, and Nazi artefacts from World War II were being illegally dug up and sold on by thousands of prospectors using metal detectors.

Desforges said many of the "pillagers" come from the UK and France's other neighbouring countries to hunt for archeological treasure and sell it abroad.

"In Normandy and part of northern France a lot of English will come over with metal detectors and scour the battle fields from the First and Second World Wars. It is the same along the border with Belgium, Luxembourg, and Germany where these people will cross into France to search war battlefields and take what they found back to their country," he said.

The problem of looting archeological treasure from France goes back decades but with new technology, cheaper devices and the rise of the web, the problem has dramatically increased in recent years.

Desforges told a conference this week that despite legislation that stipulates that buried heritage is protected, the pillaging has continued apace and has exploded on the internet.

The association, which is endorsed by France's culture ministry, has signed deals with eBay France to alert suspect objects put up for sale online – something it does 1,000 times a day, Desforges said.

Desforges also said the economic crisis has not helped matters, with treasure hunters able to get their hands on a cheap detectors and out in the French countryside in the hope off stumbling across some valuable treasure that could prove to be a nice little earner online.

"It's against the law. If someone finds something in France by accident they have to report it the the local archeological association. But finding something with a metal detector is already considered a crime in France," Desforges explained.

"People who take these objects ruin the area by digging holes into the ground to find the items. But the worse thing is that these items are lost from France forever. They disappear into networks and are impossible to trace.

"France loses part of its history and heritage each time." 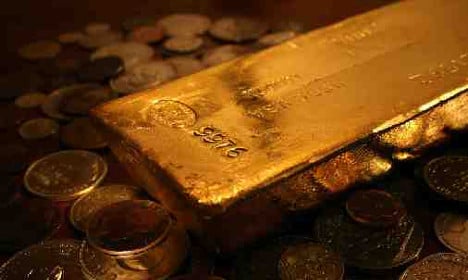