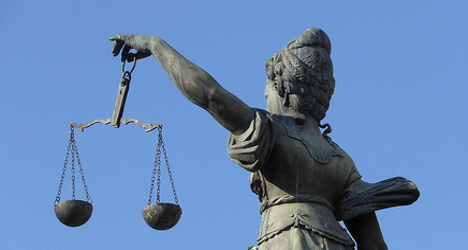 A French court sentenced a man to prison for an 'anti-white' attack. Photo: Mike Cogh

A man was sentenced this week to four years behind bars for an "anti-white racist" attack on a Frenchman on the platform of a Paris train station. The convicted man was also white.

An appeals court affirmed that the attack at Gare du Nord station in September 2010 was aggravated by racism, overruling an earlier court ruling that it had played no part, Europe1 radio reported.

The victim first laid eyes on his two attackers when they asked him for a cigarette while he was on the platform waiting for a train. When he refused to hand one over he began to be insulted with a second alleged attacker, who has not yet been caught, calling the victim “a dirty white” and “dirty Frenchman”.

He was then set upon by both men and attacked with broken bottles. The victim was left seriously injured.

To French prosecutors, the abuse was not just ordinary insults, the words were a clear sign the beating was racially motivated. The court agreed and followed prosecutors’ recommendations in imposing the four-year sentence, one year of which is suspended.

The defendant’s lawyer Grégoire Etrillard however told Europe1 he is seriously considering appealing the judgement, noting his client was not the one that made the racist comments.

“This trial was made into something it's not: the judging of racism, not of a man,” he said.

'Anti-white sentiment is thriving in some neighbourhoods in France'

However, leader of the opposition UMP party, Jean-François Copé, provoked uproar October 2012 when he claimed “anti-white sentiment is thriving in some French neighbourhoods".

The UMP leader provoked further ire when he suggested a young boy had been beaten up for eating a French pastry during the Muslim festival of Ramadan.

This court case, however, has thrust the issue into the mainstream.

Significantly, the prosecution’s stance was supported by the International League against Racism and anti-Semitism (LICRA).

"We are acting just like we would for any kind of racism case, whether it's anti-Semitic or anti-black," Vice president of LICRA Philippe Schmidt told The Local in an April 2013 interview. "We cannot just pull a blanket over our eyes because this is a case of anti-white racism."

"It's obvious that incidents of anti-white or anti-French racism are less common, but that does not mean we have to ignore them.

"It is important not to make this into a political issue, the only principle we have is not to ignore it. In the early 2000s, French politicians made the mistake of ignoring the issue of anti-Semitism, no kind of racism can be ignored," he added.

"Racism implies a system of domination which allows the denial of rights, and discrimination. And there is no oppression of whites as a group, in France. What we have is a changing world, in which being white is no longer a privilege," she previously told French newspaper Le Parisien.