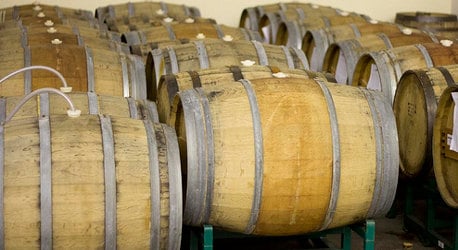 Police say Irish and English men are among a group who stole a lorry load of beer from a French warehouse. Photo: Dinner Series/Flickr

Northern France has long been a destination for Anglos to come and stock up on French beer, but one group of cross-Channel travellers from the British Isles were not happy filling up at the local French supermarkets. Instead they decided to raid a warehouse to get their hands on some grog, French police say.

English and Irish men were among seven suspects arrested in connection with the theft of thousands of litres of beer from a French warehouse, French police said on Tuesday.

The men were taken into custody on January 20th just a few kilometres away from the northern city of Calais with a lorry load of barrels of cask-conditioned beer, RTL radio reported.

Their audacious heist was busted when a security guard noticed several men making suspicious trips between a warehouse in the tiny town of Coquelles and a lorry. The guard alerted police who sent out patrols to sweep the area.

Officers for a special anti-crime brigade eventually snared the suspects shortly on the A16 motorway, when they stopped their 38 tonne beer laden lorry and a BMW that was following it.

Police reported they found thousands of litres of beer in the lorry. Officers subsequently arrested the gang, who also included Polish and Lithuanian citizens, who were brought in for questioning.

No criminal charges have yet been brought.