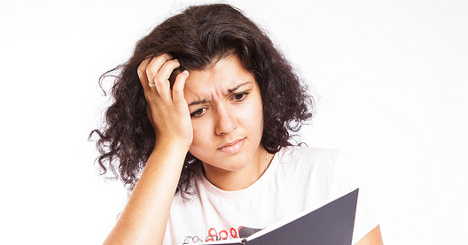 Confused by Gallic gestures? THere's no ned to be. Photo: Colegge.degrees.360/Flickr

Let’s say you run into your neighbour from across the hall and while chatting agreeably in French he or she suddenly thrusts two fingers up to his or her nose.

Hmmm. No, it’s not an uncontrollable predilection for nasal cleansing. It’s the mysterious world of another culture’s gestures and France, to be fair, has plenty.

The resulting confusion can be unintentionally funny (at your expense normally), royally embarassing or enough to get you into minor trouble, with the inlaws.

Here The Local reporter Joshua Melvin walks through some of his favourite misunderstood hand gestures. (CLICK on link below)

He'll share his knowledge, which is rooted entirely in his own painful mistakes and misunderstandings. With a little bit of studying you'll be able decipher your French colleagues and friends and astound your Anglo buddies, with your grasp of Gallic hand signals.

These could also come in handy if your French isn't up to scratch and you have to rely on gesticulating to communicate.

Have you had any gesticular issues in France? Let us know and tell us what other unique Gallic gestures there are.