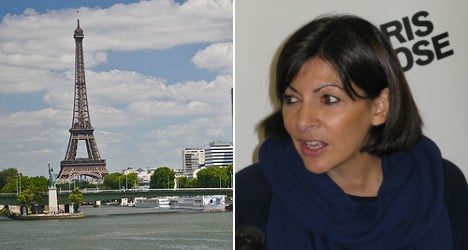 Paris socialist mayoral candidate went on the offensive on Friday, defending the city she hopes to be elected leader of, atthe expense of London. Photo: AWsheffield/The Local.

The Socialist mayoral candidate for Paris Anne Hidalgo went on the offensive on Friday, a day after authorities in the French capital were irked over claims London had stolen its mantle as the world’s most popular city for tourists.

Hidalgo, who hopes to be elected Paris's first female mayor in March, took aim at London, which she jokingly described as a “suburb of Paris”. She also raised a few eyebrows claiming there was more crime in London, less shops open on Sundays, less start-up companies and certainly less foreign visitors to the city, as had been claimed by right-leaning French newspaper Le Figaro.

“Competition between the two giant metropolises is all well and good but we have to stick to the truth,” Hidalgo said. “The figures show that Paris is still above London as the most visited city in the world."

But she didn’t stop there. The current deputy mayor Paris, who is vying to replace current city leader Bertrand Delanoë, also defended the French capital against accusations it was riddled with pickpockets and petty thieves.

“Paris is safer than London, where there is four times as much crime,” she said. “Paris is also safer than New York if you compare crime data.

“Yes, there is a lot of talk about tourists in Paris being targeted and we need to deal with that. That’s why we are working with the museums, the police , the transport authorities and the tourist office.

“There are organized gangs of Eastern European criminals working here. We have to deal with this problem, but they also operate in other cities like Madrid and Brussels.”

The 54-year-old Hidalgo, who was speaking to members of the Anglo-American Press Association of Paris continued to promote The French capital at the expense of London, when it came to the topical subject of shopping.

The issue has been at the centre of a divisive debate in France in recent weeks after several home improvement stores won the right to open on Sundays. Several high profile stores in Paris, including Apple and Sephora, have also been ordered to close early on evenings, giving ammunition to critics who argue that Paris is not a 24/7 city like London or New York.

Spanish-born Hidalgo however hit back, saying Paris was better than London for Sunday shopping. Those hoping she might soften the restrictions on Sunday opening rules if elected will be disappointed.

“Paris has more shops open on a Sunday than London. In London it is all big commercial centres but in Paris there is a network of small independent stores that are open. We want to protect these local stores; this is the identity of Paris. It’s our strength."

“Shopping streets in Paris work when there’s a variety of different types of shops. This is what attracts customers and I will not change this culture just so we can have giant stores opening like in London.”

And when it came to arguing that Paris was indeed a business-friendly city, Hidalgo again chose to compare it to London. “Paris is ahead of London in terms of the creation of start-ups. We will soon be home to the biggest start-up hub in the world.

“Yes French people go abroad to live and to work, but they come back, because of the public services that France can offer. Just like the crèches, for example. These are services of high quality that cost less than in London.

Hidalgo did however concede that one problem Paris had that London or New York didn’t was the age-old issue of dog poo on the city’s pavements.

“It annoys me too,” said the deputy mayor. “It’s unacceptable.”

The Socialist also conceded that Parisians themselves could “be a little kinder” to each other in the street to give a better impression to foreign visitors.

“Parisians are unique. Sometimes this can be considered unfriendly, but for me they just have a demanding nature (exigence).

“But yes, they could be kinder. I often tell people they must smile more. It costs nothing.”

She accepts that so many people living in such a dense area does not lend itself to happy, polite, relaxed citizens.

Hence her commitment to create more open spaces for Parisians especially around the peripherique, which she wants to transform from being a barrier around the city. She even plans to hold a 24-hour Périphérique festival where the famous ring road will be handed over to cyclists, runners, roller bladers and the like.

Despite all the comparisons, Hidalgo insisted that relations between Paris and London were healthy, as was the competition between the two “neighbours”.

“The real competition for London and Paris comes from the New World,” she said.

Hidalgo also said she was on good terms with London mayor Boris Johnson, who she described as having an “interesting personality”,  despite the Tory politician’s penchant for French-bashing over the years.

Rather than take a swipe at Johnson, Hidalgo reserved her rebuke for the woman she will go up against when Paris heads to the polls to choose its next mayor.

Nathalie Kosciusko-Morizet, the candidate for the conservative UMP party, is also aiming to make history by becoming the first female mayor of Paris.

“She tries to present Paris as a city in decline. She is engaged in a kind of 'Paris-bashing'. She doesn’t seem to like Paris too much,” Hidalgo said.

Local elections in Paris will take place over two rounds on the weekends of March 23rd and March 30th.

If Hidalgo triumphs she says the question of which is the world’s most-visited city will not come up again.

“I can assure Boris Johnson that I will make sure Paris stays ahead of London,” she says with a wry smile. 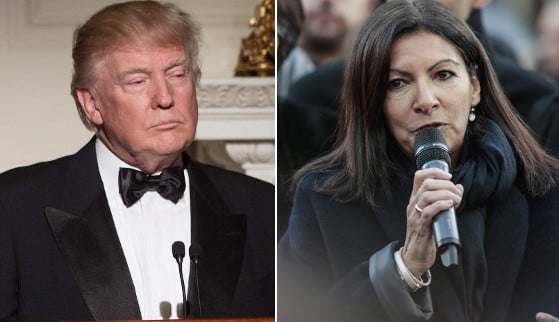 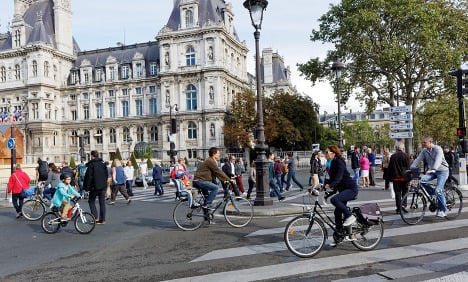 POLLUTION
IN PICS: Walkers and cyclists take over Paris streets 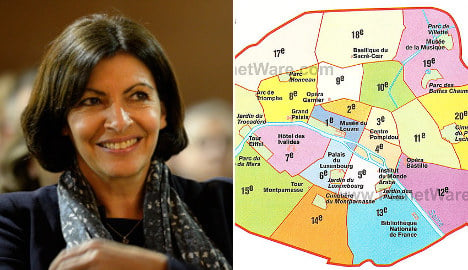 Mayor Anne Hidalgo wants to shift the boundaries of Paris's arrondissements or group them together. Photo: AFP/Brad Cerenzia/Flickr

Anne Hidalgo has got plans for Paris.

The city’s Socialist Party mayor has written to the country’s president and prime minister to ask for a little shake up in the way the French capital is run, newspaper Le Monde has revealed.

She wants parliament to agree to certain powers being ceded from the police to authorities at Town Hall, specifically around parking and the fight against pollution.

She also wants the status of the capital to change from being both “commune” and département to avoid the red tape that comes with having two separate budgets.

But perhaps the most interesting change she is demanding, is a redraw of the administrative map of Paris to iron out inequalities between the different arrondissements, or city districts.

It is thought she would like to see the city's 20 arrondissements grouped together into sectors like in the southern city of Marseille.

The 1st arrondissement is in the middle of the city on the right bank of the Seine, and includes the famous Louvre art gallery and Place Vendôme.  The arrondissements curl round until the 20th on the eastern edge of the city. Hidalgo is keen not be seen to be gerrymandering – or changing the borders for electoral reasons – but her aim is to reduce the discrepancies between the services available to the public in each arrondissement.

According to one guide, there are just four municipal nurseries in the 3rd arrondissement but there are 40 in the 13th, although it should be said demand for a place in the 3rd is far lower because its smaller population means there are fewer families there.

It remains to be seen how Hidalgo would redraw the map and whether or not she would be able to persuade the public and the politicians to give her the green light. 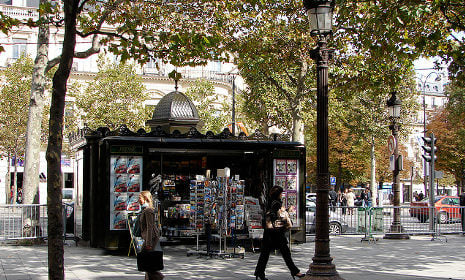 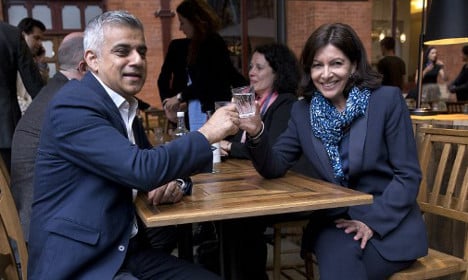