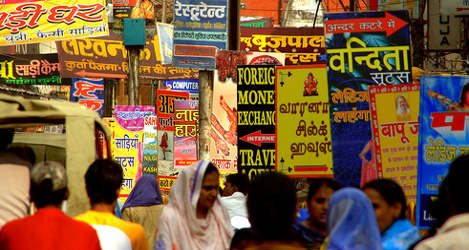 France issued a travel advisory to residents on Thursday over recent rapes in India. Photo: Utpal/Flickr

Britain and France have revised their travel advisories for India to warn visitors about the risk of sexual attacks following two new rape cases involving German and Danish tourists in recent weeks.

A 51-year-old Danish tourist was robbed and gang-raped at knife-point in New Delhi on Tuesday after she lost the way back to her hotel and stopped to ask directions near the backpacker's area of the city.

A day before, an 18-year-old German charity worker told police in southern India she had been raped on an overnight train by an Indian passenger.

"Women travellers should exercise caution when travelling in India even if they are travelling in a group," the British advisory posted on the government website said.

The French foreign office also advised its citizens to exercise "utmost caution" in an advisory updated on Thursday.

"Several recent incidents show that foreign women or expatriates can be the victims of such incidents in India," it said.

In early January, a 33-year-old Polish woman was allegedly drugged and raped as she travelled to the Indian capital in a taxi with her two-year-daughter.

The series of attacks have shone a fresh spotlight on the country's record on sexual violence and its reputation as a dangerous destination for foreign female travellers.

On Friday, police in southern Chennai told AFP that a 22-year-old carpenter arrested over the rape of the German traveller had been remanded in custody for 15 days.

The teenaged victim told police she had taken an overnight train on January 10 from the southern port of Mangalore to Chennai and was sleeping on a lower berth when she was attacked by a fellow passenger.

In the Danish gang-rape case, three men have been arrested and police are seeking another five suspects.

In December 2012, a 23-year-old student was gang-raped on a moving bus in the capital in an attack that sent shock waves across the nation. She later died of her injuries.

Though cases of sexual violence against foreigners are not new, the attention on rape in the national media has shone on a light on the frequency of attacks across the country.

Three Nepalese men were handed life sentences last month for raping a US tourist, while six Indians were handed similar punishment last July over the gang-rape of a Swiss cyclist.