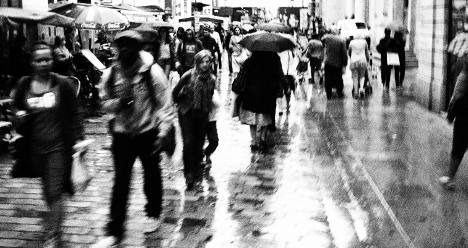 As France’s economic downturn has deepened, two thirds of the French people mistrust their own president, more and more are being wooed by far-right anti-immigrant ideas and most have fallen deeper into a collective depression.

These conclusions can be drawn from a new study released on Monday, which shows attitudes have changed dramatically over the past few years and for the worse. In just 27 months the number of people who mistrust President François Hollande jumped from 33 percent in October 2011 to 67 percent by December 2013, French newspaper Le Monde reported.

It’s worth noting the study was carried out in November and December 2013, well before the news of Hollande’s alleged affair with an actress hit the headlines. The researchers from OpinionWay gathered their data from 1,800 French voters, who are dealing with the country's highest unemployment rate in 16 years.

Over a slightly longer period, from 2009 to 2013, voters have increasingly hardened their opinions towards the country’s foreign-born population. In December 2013, the study found, 67 percent of French people felt the country was home to too many immigrants. The number who believed that in 2009 was 49 percent.

This change signals a further political drift among many French voters toward the traditional ideas promoted by the National Front, an anti-immigration, anti-EU party that has attempted to soften its hard line message in recent years in an effort to broaden its appeal.

If the study suggests the French have become more wary of outsiders, it also reveals they have become less trusting of each other. The study found people increasingly—75 percent now up 66 percent in 2009—believe “you can’t be too careful when dealing with others”.

This suspicion manifests itself in a general distrust of political institutions, with local town councils winning the least amount of trust from the survey subjects. About 62 percent of voters said they had no confidence in their local leaders. Generally speaking, 25 percent of people don’t trust “the government”.

The general malaise and depression reported by the study is a general trend in France that just appears to solidify with time. The latest results show the words sullenness, weariness and mistrust each described the state of mind for over 30 percent of voters.

“But that’s not that case,” he told Le Monde. “It’s a collective depression."