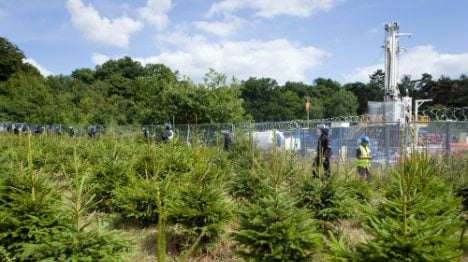 The firm will on Monday announce a deal under which it will join an exploration licence in Lincolnshire, central England, currently operated by US company Ecorp, The Financial Times reported, citing people familiar with the matter.

Singapore-based Dart Energy and UK-listed Igas and Edgdon resources are also partners in the project, the Financial Times said.

There was no immediate confirmation from Total.

Total would be the second French company to invest in British shale after GDF Suez announced an exploration deal on October 22nd.

Britain has said it wants to make the most of opportunities offered by the extraction of shale gas, in contrast to France where exploration is banned.

Much shale energy is extracted by a controversial process known as fracking that involves cracking rock deep underground.

Environmentalists argue the process can deplete and pollute groundwater.

Shale is having a radical effect on global energy markets, driven by massive increases in production in Canada and particularly the United States, where falling natural gas prices are credited with giving a big boost to industrial productivity.