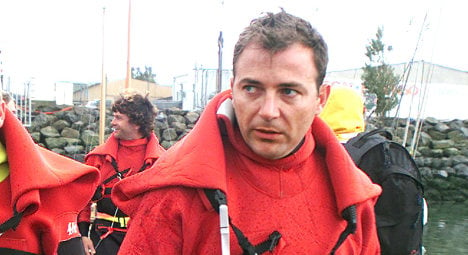 Raphaël Dinelli, is set to fly across the Atlantic powered only by seaweed and solar power. Photo: Marcel Mochet/AFP

Who is Raphaël Dinelli?

Why's he in the news?

He recently got people talking by announcing he'd be giving sailing a rest and instead he'll attempt to retrace Charles Lindbergh’s historic 1927 flight from New York to Paris. But the twist is Dinelli plans to pull off the journey without a drop of normal fuel.

His still incomplete plane, dubbed the Eraole, will in fact be powered by the sun and biofuel-producing algae.

“If I manage to do it, I will have completed the first trans-Atlantic flight in history that leaves no carbon footprint,” he told French newspaper Le Figaro.

The flight would be nearly 50 hours and would spent over the course of two days and nights. He’ll fly alone and without stopping.

“Sailing or flying, to me it’s the same thing,” he said. “The only difference is the risk. On a boat, if you stop paying attention, you can run aground or lose your mast. You can catch back up after. But in a plane it’s more extreme.”

That’s a fair description for a flight that will have him alone over the empty cold of the Atlantic in the middle of the night. Yet before he gets to the point where he can take off he needs to raise a total of €2.4 million ($3.2 million) to pay for the project, a perhaps equally formidable challenge, but he is well on his way.

The high price of the aircraft comes down to the technology that will make the flight possible. Simple solar power will only provide 25 percent of the energy he needs to complete the trip. And the rest? Batteries would be too heavy. Hydrogen too dangerous. So he’s focusing on the energy producing algae.

How did he become so adventurous?

Dinelli's choice of fuels is no surprise given how he’s spent his 44 years on Earth. Dinelli turned to sailing at age 20 after quickly realizing his job in business wasn’t for him. So he went to France’s prestigious national sailing school in Quiberon and learned how to handle a boat.

In addition to sending him farther and faster on the ocean in four appearances in the solo around-the-world race Vendeé Globe.

If his trans-Atlantic flight seems a bit ambitious, it won’t be the first time Dinelli has taken on way too much and somehow managed to pull through with style.

A great example comes from when his yacht "Algimouss" capsized during a brutal storm in the freezing Southern Ocean during the 1996 Vendeé race, yet when he was rescued he was reportedly holding a bottle of champagne in hand. (Raphael Dinelli, 28-year-old French lone sailor, climbs into a liferaft dropped by an Australian Air Force Orion aircraft as his yacht "Algimouss" sank in the freezing Southern Ocean over 2,200 kms southwest of Perth)

This current challenge will just as potentially hazardous to his health.

Dinelli's love for sailing has also forged a deep concern about modern life’s impact on the environment.

“I have crossed all the oceans, and have seen islands of garbage,” Le Figaro quoted him as saying. “I’ve almost lost my skin running into icebergs in unexpected places. For sailors climate change is a phenomenon that we experience in an extremely violent way.”

These sights and experiences led him to found in 2007 the Ocean Vital Foundation, which seeks to protect the world’s oceans from the damage done by carbon emissions. The idea is to bring together researchers and industrialists to create solutions in the area of sustainable development and renewable energy.

His flight would be the next step on his path of daredevil and environmentalist.

“I know that tomorrow an Airbus isn’t going to fly solely on solar power and biofuel, but it’s a small step,” he said. “I’m clearing a path." 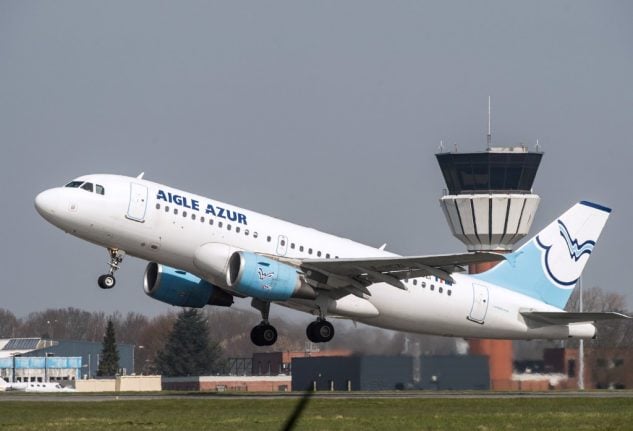 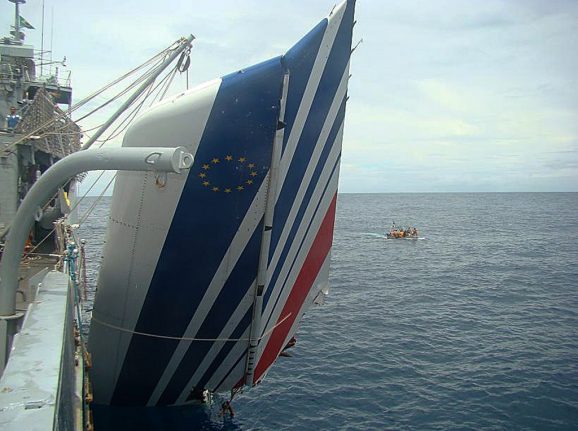