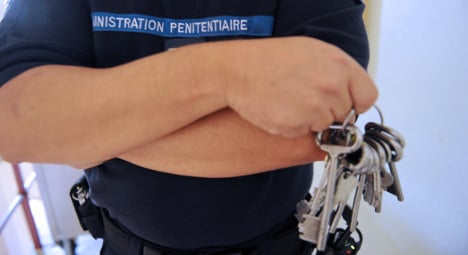 An appeals court in France has awarded €45,000 ($61,000) to a man wrongly imprisoned by authorities, who thought he was a convicted child rapist on the run.

Except he wasn't, he was just a man who happened to have the same name as the real criminal.

Camara had sought €180,000 in damages for the erroneous jailing but his lawyer Frederic Berna said they were happy with the award, which was nearly four times the €12,000 authorities had originally offered to pay.

The calamity began in 2001 shortly after an international arrest warrant had been issued for Camara’s namesake, a child rapist, who had been earlier been convicted in absentia.

In July that year Camara was on a train from Paris to Brussels when he was picked up by authorities, who locked him up in Saint-Gilles prison in the Belgium capital believing they had caught their man.

Camara spent three months behind bars in Belgium before being extradited to France where another two months of his life were lost in a prison in Paris.

He was finally released on December 31, 2001, against the wishes of prosecutors, on the grounds that the both the victims and the family of the real criminal had no idea who he was and did not recognise him, the lawyer Berna told AFP.

It turned out Camara had the misfortune of sharing the same name, birth year of 1973 and birth place of Conakry, Guinea.

The problem for Camara though was that under French law, only people who are acquitted or have their case dismissed, can actually qualify for compensation.Still, Camara’s

The court deemed Camara's case a serious breach of justice, his lawyer Berna said. It is believed to be the first time this sort of error happened in France.

After his time in prison, Camara developed psychiatric problems that forced him to stop his university course in the western city of Nantes, where he was studying social science.

In 2012, he was again detained in northeastern France due to the still pending arrest warrant, before police realised their mistake and let him go.