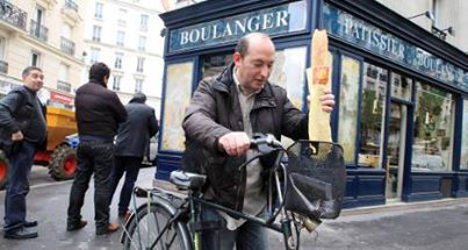 "The Fall of France" Newsweek article has not gone down too well in France, would you believe. Photo: AFP

The French are always a little sensitive to any French bashing from certain sections of the Anglo media, but an article in Newsweek magazine has proved they can only take so much.

The article, titled The Fall of France, by journalist Janine di Giovanni, sparked uproar among the Gallic press on Monday, who were as angry as they were bemused by some of the statements in the report.

In “The Fall of France” Di Giovanni, who has lived in France for a decade, slams the country's high taxes for sending the brightest minds rushing to the exits just like the Huguenots did in the 17th century.

The article is partly a first person piece, based on her own experiences, in which she cites friends and French professionals to illustrate the mess she believes France is in.

“The best thinkers in France have left the country. What is now left is mediocrity," a 'senior United Nations official tells her.

“The past two years have seen a steady, noticeable decline in France. There is a grayness that the heavy hand of socialism casts,” writes Di Giovanni, setting the scene for her diatribe against the country where she now lives.

Blasting France for its high taxes is not a new line of attack of course, but Di Giovanni, who lives in the wealthy 6th arrondissement, also criticizes the country for the high cost of milk – “A half litre in Paris costs nearly $4 (€3)” and she claims nappies and crèches are provided for free by the French state.

She slams the French system for allowing a friend of hers to spend her three months maternity leave "sailing around Guadeloupe" and for enabling another friend to spend three years getting a new job whilst all the time being paid by the state.

Her article has since been gorged on French TV and covered by every major news site in France, many of whom accuse Newsweek of peddling the same old clichés about France.

(French Bashing – A clichéd article about France has the web in uproar, was the headline in Paris Match)

In an editorial for her site Sinclair wrote: “What world does this woman live in? Or more to the point where? She surely could have found more to say and in a less ridiculous way!”

France’s left leaning newspaper Le Monde took a more scientific approach in responding to Di Giovanni’s piece, picking it apart point by point to highlight the “thousand and one” errors they say the piece contained.

Whereas Di Giovanni writes: “The top tax rate is 75 percent, and a great many pay in excess of 70 percent”, Le Monde points out that it is companies not individuals who are subject to the tax, and it is on salaries over €1 million. Le Monde also notes that the highest tax rate in France is actually 45 percent.

Le Monde’s bloggers also ridiculed Di Giovanni’s claim over the price of milk, which they pointed out, like many others on Monday that milk actually costs around €1.30 a litre.

"According to Newsweek, nappies are free in France. I really want the address," tweeted Thomas Liard, one of the editors of the Direct Matine news site.

Others on twitter mocked Di Giovanni for echoing former US President George W Bush for noting France has no word for "entrepreneur".

"According to @janinedigi "the problem with the French is they have no word for entrepreneur. Simply magic. The ultimate cliché," tweets Louis Calvero.

Selon @janinedigi "the problem with the French is they have no word for entrepreneur". Simplement magique. Le cliché ultime. #indepassable

"She mocks the French language for having no word for entrepreneur, without realising the English word comes from French," the paper wrote.

And The Local's readers have also been scathing towards Di Giovanni

"The lady got a good thrashing in the media as soon as the article was released, and she deserved it. I bet she wishes she'd had a few "regular French folks (not her expat friends,) proof read it before it came out," said Veronique Savoye.

It's fair to say the Newsweek journalist might want to keep her head down in Paris over the next few weeks and perhaps also look for another supermarket when she needs some milk.

'Free crèches, where? Milk at €6 a litre, where? – The Local's readers react to Newsweek *An earlier version of this article was accidentally deleted from the site. We apologise for any confusion.