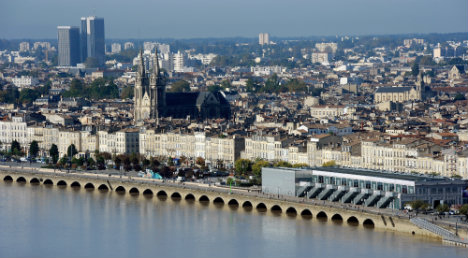 Sylvie Zecca told AFP she wanted to make an "example" of the young couple for allegedly breaching a French law which requires persons to provide assistance to someone in danger.

Her son, Vincent Zecca, went missing after a boozy night in Bordeaux in March 2012. His body was pulled from the Garonne river that flows through the city three weeks later.

His family argued he had been murdered, stressing that one of his credit cards was stolen that night. But police determined he drowned accidentally after drunkenly slipping into the river.

Sylvie Zecca, a former police officer, said she had recently been given access to the police file and decided to sue a young couple who told investigators they had come upon her "very drunk, near comatose" son and "instead of helping him, laughed at him, filmed him with a smartphone and let him leave."

She instructed her lawyer last month to initiate proceedings.

"I'm not asking for punishment, just that they be made to face their responsibilities," she said.

After her son's death, Sylvie Zecca started an association to help drunk young people, which counts other grief-stricken parents as members.

A series of drownings in 2011-2012 prompted Bordeaux officials to deploy surveillance cameras, a river patrol and a ban on alcohol sales along the river's banks.