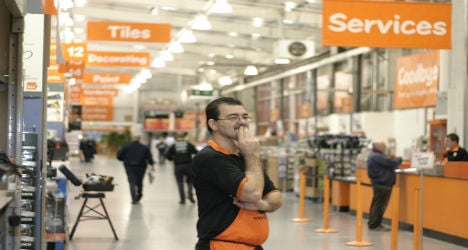 French shoppers will have more time to ponder in DIY stores on Sundays. Photo: Paul Reynolds/Flickr

Retailers can only open on a Sunday under certain conditions — if they are located in a tourist or a high-density area, for example. Any shop selling food can operate until 1:00 pm.

But the rules have infuriated workers who want to work Sundays at a time of sky high unemployment, and drawn criticism that they are archaic and ill-suited to a time of economic hardship.

Some 180 stores will now be able to trade on Sundays until July 1, 2015, to allow time for a revamp of the law, according to a decree published in France's official journal and signed by Labour Minister Michel Sapin.

They include Castorama and Leroy-Merlin, which made headlines in September when they rebelled against the ban and opened 14 of their stores to the public on a Sunday.

Sapin said the stores had pledged to implement measures to compensate employees working Sundays, including doubling their salaries.