Dieudonné M’bala M’bala, to give him his full name, is a 47-year-old comedian, actor and political activist.

He was only really known in France until Saturday, when French footballer Nicolas Anelka celebrated scoring for West Bromwich Albion in the English Premier League by making a controversial gesture known as the “quenelle”.

The salute was invented and popularized by Dieudonné.

What’s so controversial about it?

The gesture, seen performed by Anelka below, is said by Dieudonné to be an anti-establishment signal.

However, Jewish groups and others in France have labelled it a disguised or inverted Nazi salute.

Dieudonné's now infamous salute can be traced back to 2005, when during a live show Dieudonné goes on a surreal rant about animals taking over the world.

“When a dolphin sees a man, he takes the piss out of him. Because he knows that with his fin, he can screw us up to here,” Dieudonné says as he places his left hand on his right shoulder and performs the now familiar quenelle.

It’s a scatological piece of comedy, but the image of an inferior group engaged in a secret and sinister plot to collectively “screw” the rest of us, is standard anti-Semitic conspiracy-theorist fare, especially when viewed in the context of both the show – the primary theme of which was religion – and Dieudonné’s career.

Regardless of the origins of the gesture, it has since taken on a clear anti-Semitic tone (as seen below), despite its inventor’s plea that it is merely “anti-establishment”. On Monday French police launched a probe after a photo was published of a man makign the quenelle sign outside a Jewish school where Toulouse gunman Mohamed Merah shot dead three children and a rabbi in March 2012.

Anelka's “quenelle”, which he says was meant as nothing more sinister than “a special dedication to [his] comedian friend Dieudonné, came after France’s Interior Minister Manuel Valls announced he would be attempting to ban the comedian’s public performances because they no longer “belong to the creative dimension, but… contribute to an increased risk of disturbing public order.”

How has it all come to this?

Dieudonné's descent into defiant contrarian and bigoted provocateur-in-chief in the last decade or so, came after years as a successful comedy actor in France.

“He wasn't always anti-Semitic,” Professor Jean Yves Camus, a far right specialist from France's Institute of International Relations (IRIS) tells The Local. “He was once a really important comic and was very popular and totally mainstream, but that was back in 1997.”

Things have changed since those days however and the move to ban his performances comes after comments he made earlier this month about French TV presenter Patrick Cohen, who is Jewish.

“You know, when I hear him speak, Patrick Cohen, I say to myself: you know, the gas chambers…shame,” Dieudonné was filmed saying.

On Monday it was announced that those words are now the subject of an official probe by French authorities into the “incitement of racial hatred”.

But that's not the half of it. Dieudonné has been fined several times in France over the years, where both incitement to racial and anti-Semitic hatred, and Holocaust denial are criminal offences.

In 2012, his film “The Antisemite” – a viciously anti-Jewish, misogynistic and homophobic concentration camp farce, according to one review – was made with funding from the Iranian government, and promptly banned in France. He has publically supported the openly anti-Semitic views of former Iranian president Mahmoud Ahmedinejad and even dedicated his live show “Mahmoud” to him.

“What he says about Jews, no one else would even dare to utter,” says Camus. He is the most prominent proponent of anti-Semitism in France. He breaks all the taboos.”

“There is really no British or American equivalent that I know of. He is unique. I think he is the only black guy in the world to have a staunch following among the far right and even neo-Nazis.”

It’s not known exactly what provoked his transformation from the anti-racist, left-leaning activist of his youth, to far-right sympathizer and “anti-Zionist” candidate for French president and Member of the European Parliament.

What is clear is that Dieudonné relishes every new controversy and condemnation – especially from Jewish groups or French establishment figures – as a boost to ticket sales.

“It seems that the more controversy he creates, the more popular he becomes,” says Camus.

Other stars 'tricked' by Dieudonné

While Nicolas Anelka's “quenelle” has grabbed all the attention, he is far from the only French sports star to brandish the salute.

France international Mamadou Sakho, who plays for Liverpool, posed with Dieudonné in November, but later angrily claimed he had been “tricked” into doing the “quenelle”, and insisted he was unaware of its connotations. Pressure on France to take action

But with Anelka causing the biggest stir of all, both in France and the UK, pressure is growing on the French government to take firm action against Dieudonné.

It has been billed as a battle between the need to protect freedom of speech and a necessity to clamp down on anti-Semitism at a time when the number of incidents of verbal and physical assaults on Jews in France are rising.

For the International League against Racism and Anti-Semitism (LICRA) in Paris, there is no question about what needs to be done.

“When you see people making this “quenelle” gesture at Auschwitz and in front of Jewish schools, it’s clearly anti-Semitic. Dieudonné is the instigator of all this.

“He has re-offended multiple times and it is now for the Ministry of Interior to take action to show that Dieudonné M’bala M’bala is not above the law.”

And as for Anelka, Jean Yves Camus says it is up to authorities in Britain and France to determine where or not he really is a friend of the comedian, in which case “he would have known it was not just an anti-establishment gesture” or whether he was just “ignorant” of its real meaning. 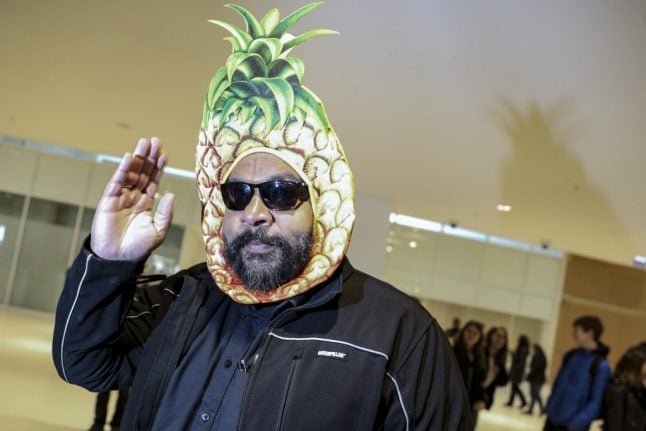 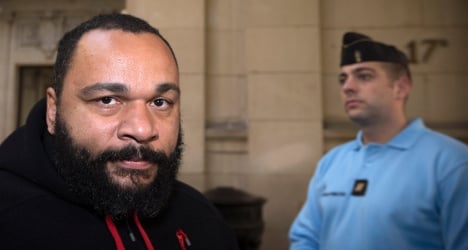 The controversial performer, who has also been found guilty of condoning terrorism in the past, has a loyal following in France, particularly in low-income suburban areas of major cities.

The court in Paris handed him a €200,000 ($225,000) fine, as well as the two-year jail sentence, which he is unlikely to serve under arrangements that will allow him to do community service instead.

The trial related to over one million euros of undeclared earnings from the showman, whose full name is Dieudonné M'Bala M'Bala.

Investigators found €657,000 at his home in cash, while he and accomplices sent €565,000 overseas, mainly to Cameroon where he has family roots. Dieudonné, 53, once invited a Holocaust denier onto stage and rails against the “Zionist lobby” which he claims controls the world, though he claims his right to free speech has been infringed.

He has popularised a hand gesture known as the “quenelle”, which was criticised for resembling a Nazi salute.

In 2014, then Socialist prime minister Manuel Valls attempted to get regional authorities to shut down Dieudonne's shows, arguing that they posed a threat to public safety.

The comedian managed to have some of the bans overturned. 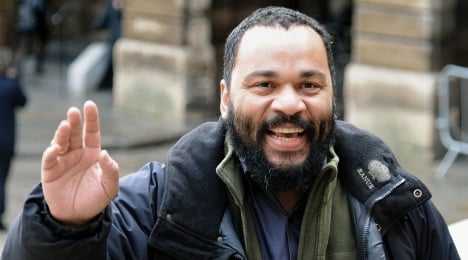 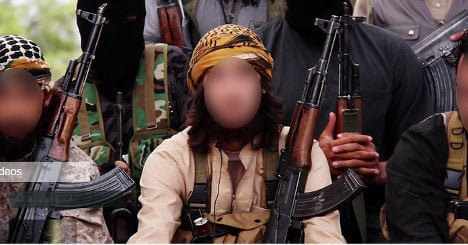