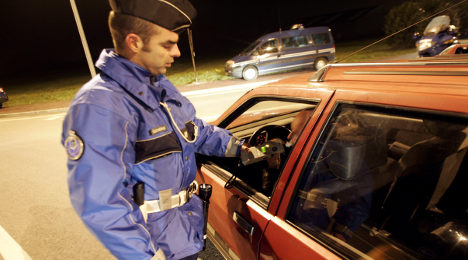 Drivers in one French region are to be rewarded with a €20 petrol money if they are caught sober behind the wheel. Photo: Fred Dufour/AFP

Authorities in France have long been trying to crackdown on drink driving, but their measures are not always popular with motorists.

However the same cannot surely be said of a tactic that will be used by authorities in the Var department on the south coast on New Year’s Eve on Tuesday night, to discourage drunk drivers from heading home in their cars after the annual knees-up.

The prefecture of the Var announced on Monday that any motorist caught with a “negative” alcohol blood level when tested i.e.. someone who has managed to stay sober, will rewarded by being handed €20 for petrol.

“We want to reward all those, who have behaved as a citizen should do, which is to hand over the steering wheel to someone who does not drink,” said the prefect Laurent Cayrel.

However there is a small catch, just in case you were thinking of spending the night driving round the Var sober, hoping to get a free tank of petrol by being caught.

The €20 voucher will only be handed out between 2.30am and 6am on Wednesday in certain areas around the town of Toulon and its outskirts and only when the director of the prefect’s office, Emmanuel Dupuis is present when the driver is stopped.

The move by authorities in the Var may seem a gimmick but the issue of drink driving in France is a serious one and results in hundreds of deaths each year.

Figures for last year revealed that there were around 3,600 fatalities on French roads, around 1,000 of which, were linked to alcohol.

And New Year’s Eve, the biggest night out of the year in France, is when many are tempted to get behind the wheel drunk.

A survey this week by road safety group Prévention Routière showed that 80 percent of drivers plan to drink alcohol on the night known as "Reveillon" and around half of them have no idea how they will get home.

Only last week The Local reported how a drunk motorist drove for 2km down a train track in the Dordogne area after he mistook it for a road. Luckily he was stopped and pulled from the car by police, who found him to be three times over the legal limit. 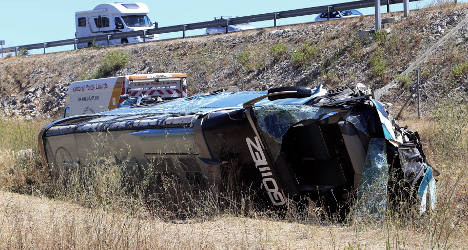