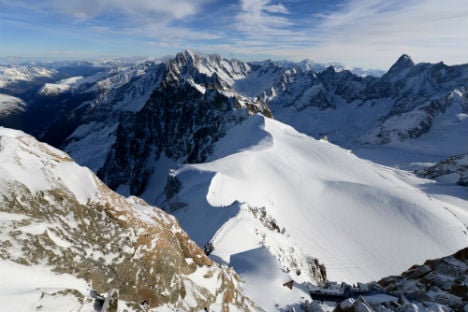 A picture taken shows the Aiguille Du Midi in Chamonix in the French Alps on December 23, 2013. Photo: Jean-Pierre Clatot/AFP

The pair had tried to reach a mountain hut on Grand Plan mountain.

In another incident a teenager was hit by an avalanche in the Serre-Chevalier area, also off piste. He was rushed to a hospital in Grenoble where he died hours later.

Two other skiers were in critical condition after several people were swept away by snow off piste near the towns of La Clusaz and Val-Thorens, police said.