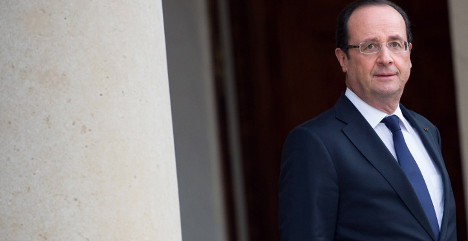 France's number of registered jobseekers rose by 17,800 in November to 3.29 million, the labour ministry said Thursday, challenging government claims to have bucked a trend of spiralling unemployment.

Labour Minister Michel Sapin claimed President Francois Hollande's pledge to curb growing joblessness by the year's end was still on track, if part-time and short-term workers were not counted in the total number of jobseekers.

That number actually fell by 6,900 to 4.87 million once those underemployed workers were factored out, prompting Sapin to say that the reversal of the upward trend was "well and truly under course in the fourth quarter".

"The number of jobless will continue to decrease in the coming months," he predicted.

"It is distressing to see that, despite that, the real increase in unemployment is too strong to be statistically covered up as a reduction," she said in a statement.

For its part, right-leaning French daily Le Figaro on Thursday accused Hollande of being "in total denial" on the jobs figures.

A slight fall in the number of unemployed for October, of 20,500, had raised government hopes France's years-long jobless crisis may be finally drawing to an end.

Hollande, a Socialist who is under fierce pressure to tackle unemployment and with polls showing his approval ratings the lowest of any president in modern French history, claimed last month he had met his electoral pledge to halt the rise in joblessness by the end of this year.

Hollande's reaction to the latest figures was guarded. He simply said the new data "did not modify the trend".

Nevertheless, he asserted that "the reversal of the unemployment curve, which is something I had set out to do, has truly begun."

He said the number of those with no employment whatsoever had been rising by 30,000 per month in the first quarter of 2013, and that the figure had fallen steadily during the year.

"This movement, to be significant, must follow month after month," he said. "It's a daily battle."

"A lasting decline in unemployment is within our reach," he said, adding that his government would focus on labour reforms, spurring investment in industry and other measures to create more jobs.

On Monday, Hollande said the two main challenges for the year ahead were curbing unemployment and kickstarting growth in the eurozone's second largest economy.

Economists and other experts say there is little chance unemployment will stop rising without sustained growth.

The main opposition centre-right UMP party accused Hollande of playing with figures to back claims that the fight against unemployment was on track.

Jean-Francois Cope, leader of the main opposition UMP party, said Hollande must admit "his failure and immediately announce a change of economic policy".

He said Hollande could not hide "the tough reality that the number of jobless people has never been so high in our country".

Leading unions rubbished the government's claim. The CFDT said the figures were deceptive and the CGT said Hollande had lost his wager to deliver on unemployment by the end of the year.