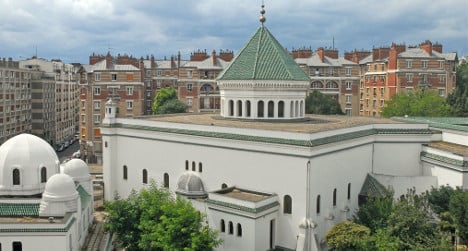 The decision of the Great Mosque of Paris to separate men from women at prayer times was taken several weeks ago. Photo: dalbera/Flickr

Female worshipers at the Great Mosque of Paris, the oldest and most prestigious in the country, are demanding the right to pray alongside men following the mosque’s decision to separate the sexes.

After a ruling earlier this month, women must pray in a separate room located underneath the main prayer hall.

On Saturday, a dozen female protesters tried to enter the main prayer room of the mosque but were stopped by the mosque’s security men and other worshipers.

According to Hosni Maati, a lawyer acting on behalf of the women, the activists had written a letter to the rector of the Great Mosque at the end of November, asking that they be allowed to pray in the main hall again.

However, when their pleas remained unanswered, the women tried to enter the main prayer room.

According to Hanane Karimi, the spokesperson for the women, "they were the victims of a violent outburst" during their attempted entry.

“Moving the women is unjustifiable. We want to talk about this decision,” Karimi said.

Others, however, were less critical of the mosque’s decision.

“I come on average five times a week and this new room is big, intimate, and we are within the mosque – that’s the most important thing,” a woman called Ilham told TF1.

Another woman called Siham, aged 34, said: “The only negative thing is that we have to pass in front of the men’s ablution room.”

The activists’ attempt to gain entry to the prayer room, meanwhile, has attracted strong criticism from other members of the Muslim community.

“The mosque allows the faithful to pray calmly. It’s not a place of controversy and discord,” explained Abdallah Zekri, President of the National Observatory against Islamophobia was quoted as saying by Le Figaro.

He described the actions of the women as a “campaign operated by some extremists”.

The decision to separate men from women in the mosque was taken several weeks ago “in view of the growing number of the faithful,” according to the institution.

Until then, women had prayed in the main communal prayer room behind a curtain that separated them from the men, according to Muslim tradition, TF1 reported.

“To give them more comfort, we have granted women a large room – not in the basement, but in the mezzanine. All the women are satisfied. Of course they can’t see the imam, but they couldn’t before either, because they were behind a curtain,” a spokesman for the mosque told Le Figaro.