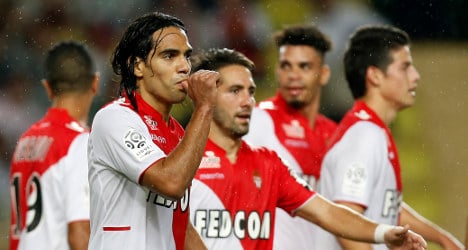 The French league's ruling body, the LFP, ruled earlier this year that all professional clubs must be set up as French companies for tax purposes, a decision that was made targeting Monaco.

Monaco benefit from highly favourable tax laws in the principality compared to those in place in France itself, meaning operating costs are significantly lower for the club owned by Russian billionaire Dmitry Rybolovlev.

Their rivals claim that gives them an unfair advantage, but Vasilyev said in an interview with sports daily L'Equipe on Saturday that Monaco's position was clear.

"There have been no recent discussions, but I still don't understand why the people who run French football can't see the advantage of having Monaco in the French league. To improve television rights, fill stadiums and attract investors," Vasilyev was quoted as saying.

"We have said it and repeat it: we will not move our headquarters (for tax purposes). We are a Monegasque company, working under Monegasque laws. Our social charges are paid in Monaco. That is clear. There is no possibility (of changing)."

Last week, the French government exempted Monaco from paying a controversial 75 percent tax rate on earnings over 1 million euros ($1.37m) that will be introduced in 2014.

France's professional clubs had threatened to strike on the weekend of November 30-December 1 if they were not all exempted from the tax, but later withdrew that threat.

Meanwhile, on the pitch Monaco missed out on a chance to go top of Ligue 1 with a surprise home defeat to Valenciennes on Friday evening. Star striker Falcao failed to convert a penalty on his return as the hosts slumped to a 1-2 loss to a side who are in France's bottom three.