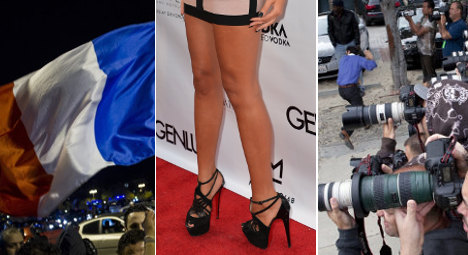 Who were judged the "most hated" celebreties in France for 2013? Photos: AFP

Just like the UK or the United States, France has a burgeoning celebrity culture so it follows that just like in Anglo countries there are personalities the nation adores and then there are the hate figures.

And it's fair to say there's a been a few names vying for the position of most unpopular French celebrity in 2013 and thanks to a new poll from Voici magazine, we have the official Top Ten 'most hated' (plus detesté) figures in France.

The ranking, which includes pinups and politicians, boozers and "bimbos" show that in France, perhaps, looks and power don’t count for everything.

So for our penultimate French of the Week of 2013 we thought it best to do a countdown of the top ten "most hated" personalities in the Hexagon. (CLICK BELOW)

Can you guess who tops the rankings? Who else perhaps should have made the top ten?

The top ten 'most hated' celebrities in France in 2013