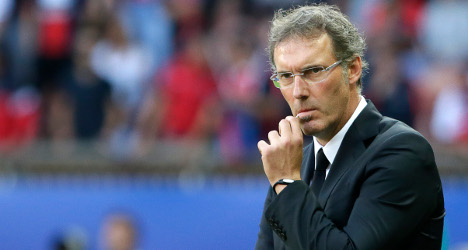 Monday's draw for the last 16 of the Champions League was kind to Paris Saint-Germain with Laurent Blanc's team paired with Germany's Bayer Leverkusen.

The mega-rich French club will be expected to progress against a Leverkusen side, who were twice humbled by Manchester United in this year's group stages.

PSG will confident they can at least equal last year's showing when they reached the quarter finals before being knocked out to Barcelona.

And with stellar players like Zlatan Ibrahimovic and Edinson Cavani in their line up PSG will have hopes of going even further this year.

But Blanc was, as expected, keen to express caution despite the favourable draw.

"We avoided (manchester) City, which was the terrible (draw) along with Arsenal. We'll prepare for this match as we should, in a professional manner," he said.

"We've never played Paris, which makes the match even more interesting," he said.

PSG's Qatari owners have set their sights on establishing the club among Europe's elite and Champions League success is seen as vital if they are to have any chance of rivalling the mega-clubs like Barcelona and Real Madrid.

The rest of the draw

Spanish giants Barcelona were handed the toughest possible draw Monday when they were paired with Manchester City.

Champions Bayern Munich were also given a hard draw as they plucked Arsenal for the second year in a row at this stage.

For the English pair, who both finished second in their groups, it was yet again a harsh lesson in the importance of winning the group.

Manchester United and Chelsea, both group winners, were given far more favourable draws against Olympiakos and Galatasaray respectively, while AC Milan will face Atletico Madrid.

Real Madrid will play Schalke 04 and completing the draw Borussia Dortmund are up against Zenit St Petersburg.

The full draw is as follows: