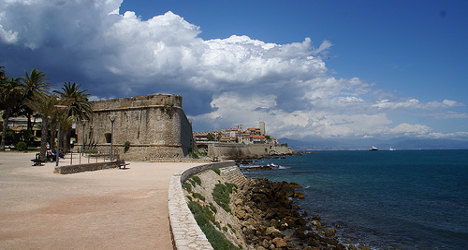 Antibes on the French Riviera where the discovery of bones continues to baffle police. Photo: Dbaron/Flickr

A mystery over a pile of human bones found off the French Riviera deepened on Monday as investigators said parts of the remains did not belong to a missing Parisian teenager.

Police had in November said DNA tests indicated that the remains of 17-year-old Stephane Hirson – a psychologically disturbed teenager who disappeared from his home near Paris in 1994 – were among the bones of at least four people discovered by an amateur diver in the sea close to the resort of Antibes.

But on Monday the prosecutors' office in Grasse, which is leading a murder investigation into the case, said new tests had disproved that.

"In the end the DNA of the bone found at Antibes does not correspond to that of the young Hirson," prosecutor Georges Gutierrez said in a statement.

Tests based on the DNA of Hirson's mother had initially indicated the bones were his but later tests of his father's DNA showed this was not the case, investigators said.

The development leaves investigators with few leads in a case that fascinated France after the bones were discovered in February.

Police recovered the remains after they were uncovered by the diver while he was searching for sea urchins just off the rocky Cap d'Antibes promontory.

The bones include the remains of two men and two women. Among them was a skull that had a target sign drawn on it, together with the words "death to paedophiles" written in indelible ink.