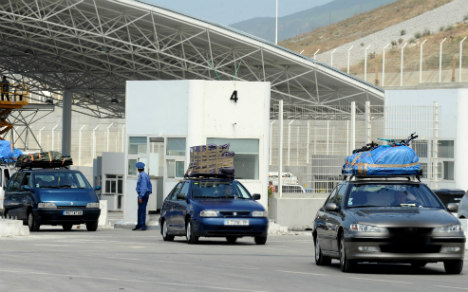 The cannabis product was found balled up "to look like tomatoes" during a search in the Tanger-Med port near Tangiers, regional police colonel Abdellah Dachri said.

The driver of the truck was arrested and an investigation was underway to find any accomplices, he said.

Despite a decade-long decline in marijuana farming, Morocco remains one of the main sources of cannabis in the world. The interior minister estimates that 700,000 Moroccans make a living from its production.

Last year, authorities seized 250 tonnes of the drug, most of it in hashish form.