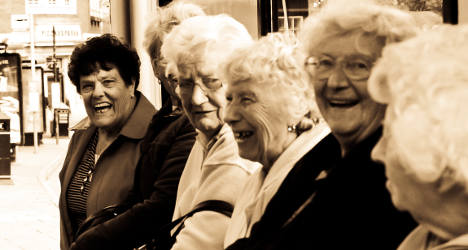 Impress your French neighbours and make your expat friends laugh, with the top five stories of the week in France. File photo: Mario Jones

French language police have handed down a brand new list of forbidden English words and phrases – from “sexting” to “happy slapping”. Find out what the Gallic versions are that they want used instead. Is France right to ban Anglicisms?

'Paris is becoming like the Bronx' – former senior French cop

Just months before mayoral elections in Paris, focus has turned to the city’s crime rate, after a former French police chief-turned-election candidate caused a stir by comparing the French capital to the notorious New York borough of the Bronx.

The owners of a café in the south of France have struck a blow for good old-fashioned French politeness, with a sign charging extra for customers who forget their manners while ordering their coffee.

'The world needs to know what France is up to'

After blasting the US in the wake of the NSA spying revelations, the last thing you would expect France to do is rush through a reform that opens the way for widespread surveillance of its citizens. A French digital rights group tells The Local why we should all be alarmed. The agency behind France's census was left red-faced this week after sending out a letter to a French citizen who died almost 200 years ago. As if that wasn't bad enough, the recipient was none other than Napoleon Bonaparte himself. See for yourself.