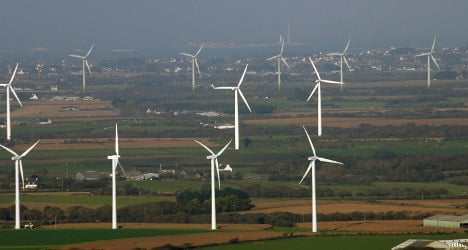 Opposition against wind farms like the the one pictured in Plouarzel in Brittany, is growing due to fears they are blighting the pristine French countryside. Photo: Marcel Mochet/AFP

Plans to dot rural France with thousands of wind turbines are provoking fierce opposition in various parts of the country.

With the French government aiming to triple the number of wind turbines to 12,000 by 2020, there appears to be trouble ahead.

One of those battlegrounds lies in the picturesque Charente region of southwestern France, where residents – both expats and French – are uniting against the plans to erect dozens of turbines.

The multi-national locals living in a network of villages like Chillac, Oriolles, Charmant and Mouthiers-sur-Boëme, are worried the turbines will knock thousands of euros off the price of their houses, and blight a landscape that attracts thousands of tourists every year.

“Living next to these things 24/7will be like having the washing machine on permanently. I came here for the beauty of rural France. I don’t even think there’s enough wind here for them to be successful,” Ludovic Andurand, who is leading the campaign, told The Local.

“If we don’t want to put up with the noise then we will have to sell our houses, but their value will have tumbled because of the presence of the wind turbines,” he added.

Critics say the question goes beyond simply preserving the landscape – they say it's about saving jobs as well.

The stunning Charente countryside, with Château de Chillac in the background. Photo: Adeyk/Flickr

France attracts nearly 77 million foreign visitors annually, who bring in an estimated €37 billion to its economy

Some in the tourist industry fear the proliferation of wind farms could have a crippling effect on tourist numbers.

"The French state is not taking into account the impact of wind turbines on tourism in terms of jobs," Patrick Weiten, the head of the local administration of the eastern Moselle region, told AFP.

Back in the village of Chillac, in Charente, Andurand added his voice to the tourism argument.

“There are a lot of visitors who come to this part of France but they won’t come anymore. Hotels in the region will lose their ratings.

“There are many British people who live here. They have come to enjoy the countryside because they don’t want to live in big towns, but this will ruin it for them.

“We are all spread throughout villages, but there a lot of British here in Charente who are shocked by what is happening. They are very active in opposing this, even those who are retired.

‘British, German, Dutch, French – all united against it’

One of those Brits who moved to Charente in search of the peace and tranquillity of the French countryside is Alan Bell.

“When I first heard about the plan, I went to a meeting and the locals there were from Britain, Germany, the Netherlands as well as France. They are all united against it,” said Bell, who feels locals in the area have not been consulted.

The Briton is looking to move and has put his house on the market, but fears he will get a lot less that he had expected due to the proposals to build the towering turbines a stone’s throw from his home.

“This could knock up to 40 percent off the price. It’s extremely concerning. I don’t want to sound like an old whinger but of course it will harm the beauty of the area,” said Bell, who also lives in the town of Chillac.

“We are close to Cognac, Bergerac which attract thousands of tourists to the area and they often look to stay in the countryside around here.

“These plans are just not being thought through. The authorities are not looking at the whole picture,” he concluded. Taking the fight to the court-room

But there is hope for French and expat residents of rural France.

Some critics have already won court cases outlawing turbines, and more legal challenges are on the way.

Erik Wallecan, the owner of the 18th century chateau de Flers in northern France, is one of them.

The 65-year-old successfully sued energy giant EDF-Gaz Suez to force it to remove 10 110-metre high turbines built around his estate in 2007.

The wind farm, the court ruled, had "completely altered the nature of a bucolic country landscape."

"Fifty percent of the cases (where turbines have been set up) are now before the courts," said Alexandre Gady, president of the Society for the Protection of the Landscape and Aesthetics in France.

"Wind turbines are objects that despoil, that crush everything," Gady concluded. 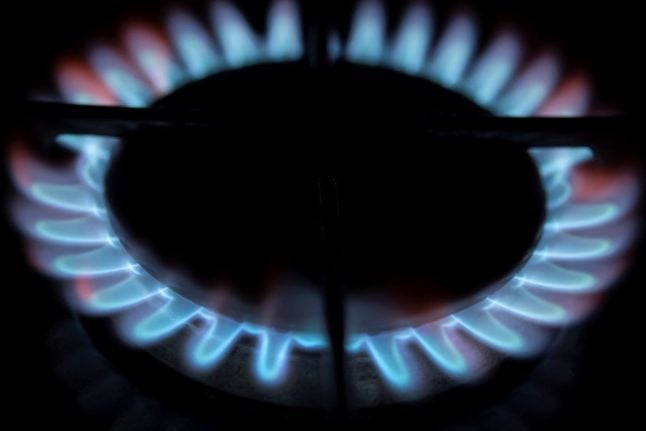