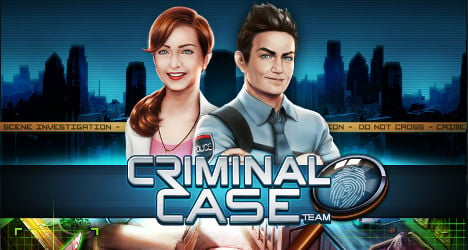 While France’s economic stagnation and stubbornly high unemployment wear on, there was rare good news this week, as the French-made “Criminal Case” won Facebook Game of the Year.

The game, in which players take on the role of a detective solving a new case each week, is the creation of Paris-based Pretty Simple Games, founded in 2010 by Corentin Raux and Bastien Cazenave.

'The biggest growth in the history of the internet in France'

Its combination of tension and suspense has made it an addictive Facebook phenomenon, garnering a staggering 100m players in the last 12 months, a success crowned on Monday with the awarding of Facebook Game of the Year.

In the fiercely competitive market of social network-based gaming, Criminal Case held off the challenge of rivals like Candy Crush Saga to clinch the top spot, claiming a 40-percent share of Facebook game players in the process.

Speaking at the announcement, Facebook France chief Julien Codorniou called it “the biggest growth in the history of the internet in France.”

“We’re not necessarily the biggest game out there,” Serge Versille from Pretty Simple told The Local on Tuesday. “Candy Crush, for example, has about 500 million users between its desktop and mobile  versions.”

“But what I can say, especially now that we’ve got the recognition of this award, is that our game is pretty damn good – actually, it’s the best in the world,” he added, speaking from the company’s office in the 20th arrondissement of the French capital.

It’s that emphasis on quality over quantity which seems to have won out this year. As Paris-based start-up blog Rude Baguette points out, Criminal Case has significantly fewer ratings than main rival Candy Crush Saga (742,000 and 1.17 million, respectively).

However, crucially, the average score given by Facebook players was 4.4 out of 5, as opposed to 4.3 for Candy Crush Saga.

What makes this French success story even more heartening, is the humble origins of the company behind it. Founded after a casual conversation between friends Cazenave and Raux, Pretty Simple inspired the risk-taking spirit of French investment firm Idinvest Partners.

According to Versille, they put up an initial €300,000 ($412,000) in seed capital, and after some initial but modest success, ploughed a further €2.5 million ($3.4 million) into making what would become Criminal Case.

“Having someone willing to take risks with their money was very important, yes,” Versille said on Tuesday.

“But it wasn’t just a blind risk – there were steps and safeguards involved in it.”

A two-in-a-row for French start-ups

Pretty Simple’s next steps are already well mapped out. With a €10-million ($13.7 million) budget, according to L’Express, the Paris firm intend to release the iOS version of Criminal Case “in the next few months” and the Android version later on in 2014, Versille told The Local.

The fast-growing company is also hiring developers, game artists and “mission designers” (writers, to the layperson). “In total, we hope to hire 100 new people in the next two years,” said Versille.

The success of Criminal Case isn’t the first major coup for French start-ups in recent times. As Rude Baguette points out, Facebook’s Game of the Year award also went to a French title – Songpop – in 2012.

And with the opening of enormous start-up hub Numa in the 2nd arrondissement of Paris in November, hopes will be high that France’s booming tech and online sector can drag the rest of the economy out of stagnation. 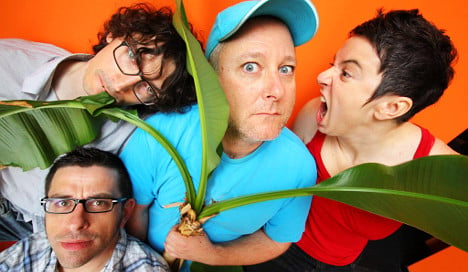