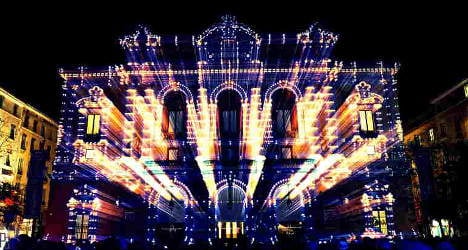 Just one of the jaw-dropping light shows enjoyed by four million visitors to Lyon for last weekend's Festival of Lights. Photo: P-3's Picture/Flickr

The city of Lyon's annual Fête des Lumières attracted upwards of four million visitors this year, over the weekend of December 6th-9th.

The 2013 installment was as stunning and spectacular as ever.

If you weren't lucky enough to marvel at the light shows and art installations in person, don't worry – The Local has collected 10 of the most jaw-dropping images from the one of the biggest weekends in the French calendar.