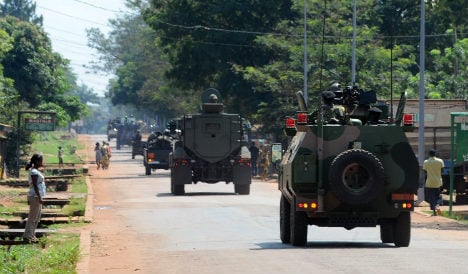 A two-day summit attended by leaders of all but a handful of African states, concluded with French President Francois Hollande pledging to help the African Union turn its plans for a rapid reaction force, agreed in principle earlier this year, into a functioning unit by 2015.

"We all agreed on the fundamental principle that it is up to Africa to ensure its own security," Hollande said.

Paris is offering to provide equipment, logistical support and advice on coordination for the force, and will seek to persuade Britain, Germany and other European Union partners to help finance the equipment and arms it will require.

The summit conclusions also called for a "major international mobilisation to increase the level and predictability of financing for African peacekeeping operations".

As part of efforts to help African states create more effective military units, France has offered to providing training for 20,000 troops from the continent every year for five years.

Hollande said that France would have 1,600 troops deployed in CAR, where sectarian violence has left hundreds dead in the last few days alone, by Saturday evening.

UN chief Ban Ki-moon praised France for being prepared to act in its former colony.

"There is an urgent need to avoid further deterioration of the situation," Ban said.

"The chaos and suffering pose a major threat for the international community. I am particularly grateful to all countries contributing to (the African force already in CAR) MISCA and highly commend President Francois Hollande for mobilising troops so rapidly."

The CAR mission is France's second military operation in Africa this year. In January, Hollande sent more than 4,000 troops to Mali, where Islamist groups had seized control of much of the north of the country and had threatened to advance on the capital Bamako.

The operations have continued a long-established pattern of France intervening militarily on the continent, but Hollande's government insists its approach represents a break from the past, when Paris was often accused of propping up undemocratic friendly regimes.

French officials framed the Mali operation as vital to prevent the country becoming a new Afghanistan-style stronghold for armed Islamist groups, in a region where Europe has vital strategic energy interests as well as potentially exporting terrorism.

The intervention in CAR meanwhile has been couched as an essentially humanitarian operation designed to avoid thousands of needless deaths as tit-for-tat sectarian killings spiral out of control.

France's decision to act in both cases has won praise if little in the way of concrete support from its allies, most notably from the United States, which has hailed the "strong leadership" shown by Hollande over CAR.

While African leaders are keen to address the continent's myriad security problems and reduce their dependence on the former colonial powers at times of crisis, France has a financial interest in scaling back its commitments.

Paris currently has more than 5,000 troops stationed at bases across Africa and the cost of maintaining them stands at €400 million ($540 million) per year.

Hollande said the operation in Mali had cost €400-500 million but said CAR would not cost French taxpayers anything because the EU had agreed to provide €50 million for the initial phase of an operation which he said would eventually become a fully-financed UN peacekeeping operation. 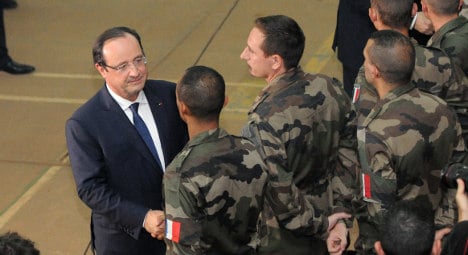 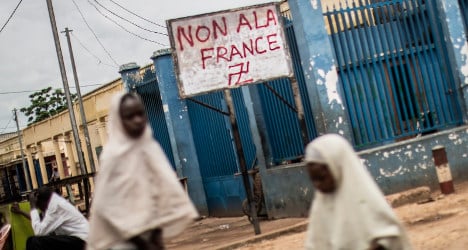