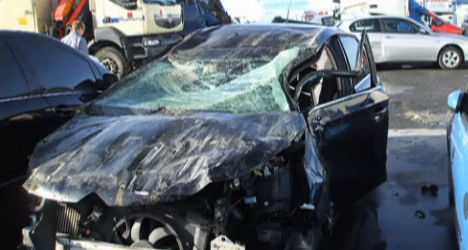 Ludovic Depestel's car, after being wrecked in an accident caused by a speeding driver who fled the scene. The state, however, is demanding €25,000 from the victim. Photo: TF1/Screengrab

Ludovic Depestel, 39, from the town of Armentières near the Belgian border in northern France, got the letter in the post last week, according to TF1 television, ordering him to pay no less than €25,554 for destruction caused to road side barriers in the crash.

The problem being that the father of three, whose vehicle was wrecked, didn’t cause the accident.

Depestel's only crime, he says, was being contactable by local authorities seeking damages for destruction of motorway infrastructure.

On April 22nd, 2012, while travelling on the A25 between Lille and Dunkirk in northern France, Depestel – whose three children were in the car at the time – was rear-ended by a speeding and reckless motorist, who fled after the collision.

Depestel, for his part, was in no position to do likewise, after his vehicle spinned three times and crashed through both a motorway signpost and safety barrier – destroying both, as well as the car.

Emergency services were forced to carefully extract Depestel and his three kids from the wreckage, though all four survived without significant injury. The victims' bruises, as well as the condition of the car, would no doubt have given regional authorities pause for thought before pursuing the serially-unlucky Depestel.

However, according to TF1, the departmental roads administration (DIR) in the Nord-Pas-de-Calais region, neglected to contact Depestel’s insurance company to clarify the facts of the incident.

Unable to contact the escaped perpetrator, the agency then turned to the victim – 18 months on – to extract more than €25,000 from him, to pay for the replacement of the signpost and safety barrier.

Depestel, for his part, told TF1 television he intends to ask for a reprieve from the state, failing which he won’t hesitate to sue them in front of an administrative tribunal.

A spokesperson for the DIR of the Nord department told The Local on Friday that she did not wish to comment on an ongoing case. 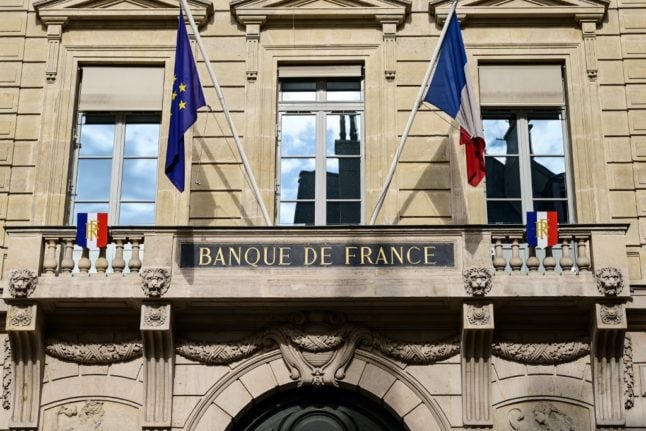