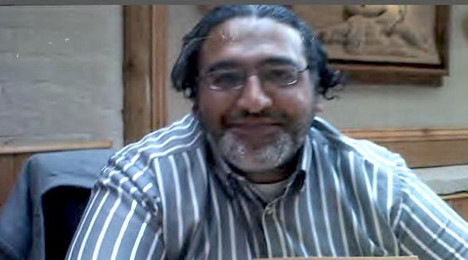 Concern is growing for 41-year-old Sanjiv Kundi, who was last seen at Gare du Nord station on September 25th buying a Eurostar ticket to return to the UK .

He reserved a seat on a train returning to London on October 1 but he never boarded and his family have not heard from him in over two months.

“He just went away to Paris for a break and we all expected him home,” a family member, who asked not to be named told The Local on Wednesday.

“You would not expect him to go missing. It’s very much out of character. He has never done anything like this before. His parents are in their 70s and they are broken hearted,” the family member added.

"We just want to get him home for Christmas, we don't want there to be an empty chair this year."

Mr Kundi travelled to Paris by Eurostar on the 4.22pm train from St Pancras in London and was last seen at the Gare du Nord on September 25th 2013.

He is described as an Asian male, about 6ft 2ins tall, large build with short, dark grey, curly hair and a beard which is also greying. He wears spectacles, and his clothing on the day was a brown heavy three-quarter length coat and brown cargo trousers.

Police in Warwickshire, where Mr Kundi is from, have appealed for any information that may help find him. An appeal message has also been placed on the Missing Abroad website.

Alternatively you may prefer to email any information to [email protected]