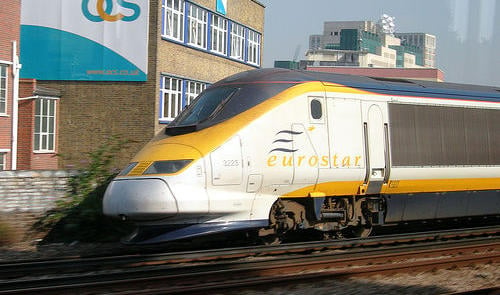 The British government is to sell its 40 percent stake in Eurostar, it was announced on Wednesday. Photo: Mike Knell

The British government  announced on Wednesday it is to sell its 40 percent stake in Eurostar, the high-speed rail service connecting London with Paris and Brussels, as part of a privatisation drive.

Treasury Chief Secretary Danny Alexander was to unveil the country's new national infrastructure plan (NIP), which sets out how it will privatise £20 billion ($32 billion, €24.1 billion ) of financial and corporate assets over the next six years.

The government expects £375 billion of public and private investments by 2030, according to the report.

Major insurers boosted the plans by announcing they are seeking to invest £25 billion in infrastructure projects over the next five years.

"This is great news for the people of the UK because after years of neglect, the UK's energy, road, rail, flood defence, communications and water infrastructure needs renewal," Alexander was to say, according to extracts of his speech

"It will boost the UK economy creating jobs and making it easier to do business. It will also make the UK a better place to live for everyone who calls it their home."

The government expects to reap hundreds of millions of pounds from selling its stake in the cross-channel rail operator.

Marc Fressoz, a French author who specialises in transport, said it was a "good time" to sell.

"Eurostar has reached maturity on the market. It has seen off air travel on the Paris-London and Brussels-London routes," he told AFP.

He predicted that SNCF or SNCB could be tempted to increase their share.

But if a pension fund or another private investor comes in, Eurostar could face demands to increase its short-term profitability in a way that state investors do not, Fressoz said.

Eurostar is in rude health, having recorded operating profits of 91 million pounds last year – boosted by the London Olympics – compared with 20.8 million in 2011, and it saw passenger numbers rise two percent to 9.9 million in the same period.

The stronger performance continued in the first quarter of this year with a 10-percent rise in revenues on the back of passenger numbers which climbed five percent.

But competition beckons. Germany's Deutsche Bahn got the green light in June to run trains through the Channel Tunnel and is expected to start offering services linking London to Frankfurt, Cologne, Amsterdam and Rotterdam in 2016.

In June this year the EU told Britain and France to act to bring down charges for trains running via the under-sea Channel tunnel, saying both passengers and freight operators were paying too much.

Eurostar then suggested it would be willing to lower its ticket prices if Eurotunnel agrees to lower their charges, the train operator’s chief confirmed in an interview.