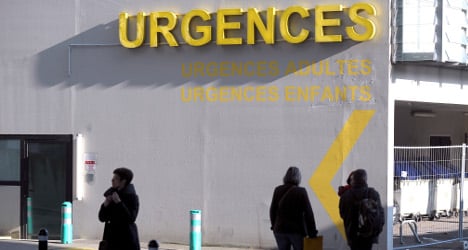 A majority of French people believe that it is now necessary to close some public services and lay off civil servants in order to help reduce public deficit, according to a new poll.

In response to the question: “Do you think it is necessary to make savings given the size of the public deficit and the debt and even to close certain public services,” 61 percent of respondents said they were in favour.

However the remaining 39 percent took the opposite view, believing public services needed to be safe-guarded and that debt should be paid off by raised taxes.

The survey, which was carried out by polling agency Ifop for the right-leaning daily newspaper Le Figaro comes at a time when France is witnessing almost daily protests against tax hikes.

On Monday truck drivers protesting against a proposed “Ecotax” on heavy goods vehicles and workers in the equestrian industry opposed to a hike in VAT, showed their anger by blocking lanes on roads around Paris, causing widespread travel disruption.

The protests, the most high profile of which is the “bonnets rouges” movement in Brittany, have seen the media and political commentators evoking the “ras le bol fiscal” of the French people, which roughly translates as “tax discontent” or “tax malaise”.

Perhaps unsurprisingly 95 percent of respondents to the Ifop survey said France’s level of taxes were either “high” or “excessive” with only 2 percent saying France’s taxes were “very acceptable”.

The survey also revealed six out of ten French people believe “it would be possible to have quality public services while reducing the number of civil servants” and 54 percent said not replacing one out of two retiring state workers was a “good measure”.

Under pressure by Brussels to pay off the public deficit French President François Hollande has so far opted for raised taxes, rather than the sweeping cuts to public services as seen in the UK.

Although the poll, is published by Le Figaro a newspaper prone to a fair amount of Hollande-bashing, its results are significant said political commentator and former French TV presenter Jean-Marc Sylvestre.

"We must take these results with caution. It is unclear how much public spending the French would be willing to sacrifice and on what public services," Sylvestre said in his column for the site Atlantico.fr
"However, this result is historic as it is the first that breaks a taboo. Officials are not sacred cows of the system. The French have realized that the weight of the debt and the amount of public expenditure resulted in an increase of the tax burden.
"There is now a majority thinking clearly, that the French State and local authorities are too expensive," Sylvestre added.

The cuts that the majority of responders to the survey would sanction will however soon become more of a reality in France.

In autumn the French PM Jean-Marc Ayrault announced that is to make €15billion worth of savings to try to reduce its crippling public deficit.

Although Ayrault said the amount was “unprecedented” the PM vowed that “at the same time we will save our social model”.

France’s Finance Minister Pierre Moscovici described the 2014 budget as “aggressive” and “fair” and one that “supports growth today and prepares for the growth of tomorrow.”