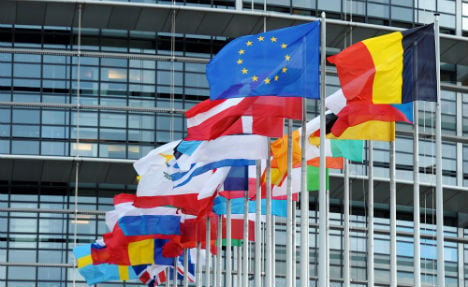 The survey in the Observer newspaper, carried out by Opinium in Britain, France, Germany and Poland, shows Britons regard the bloc much more negatively.

But other EU nations also increasingly think that Britain brings few benefits to the 28-nation union.

British Prime Minister David Cameron has promised an in-out referendum on membership of the EU by the end of 2017, so long as he is re-elected in 2015.

The survey showed that just 26 percent of Britons think the EU is a “good thing” overall compared with 62 percent of Poles, 55 percent of Germans and 36 percent of French.

But on the question of whether Britain is a “positive force” in the EU, only 9 percent of Germans, 15 percent of French and 33 percent of Poles agree.

The survey questioned more than 2,000 people in Britain and more than 1,000 in each of France, Germany and Poland.

Cameron’s vow to renegotiate Britain’s relationship with the EU before putting the new terms to the country in his referendum has also irked European neighbours.

Forty-four percent of Germans oppose giving Britain special membership terms and 16 are in favour, while in France 36 percent are against and 26 percent in favour.

Poland is different, with 23 percent against and 38 percent in favour.

But a so-called “Brexit” does not seem to trouble some Europeans, with only 24 percent of French saying it would have a negative effect on the EU and 36 percent of Germans, although again 51 percent of Poles said it would.

Concerns about the EU, buffeted by the eurozone crisis and worries about immigration, are not confined to Britain, though.

Sixty-four percent of Britons say the EU has a negative impact on immigration but so do 59 percent of French and 42 percent of Germans, against 20 percent of Poles.