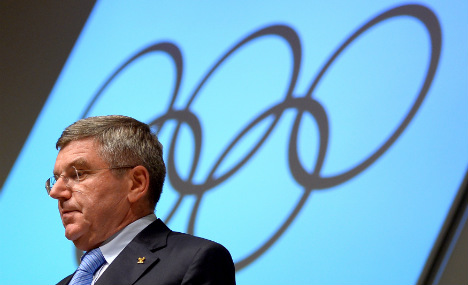 On the eve of his first meeting with French President Francois Hollande, the IOC chief told France 3 television: "The enthusiasm of the French people for sport is obvious … it would be a very, very strong candidate."

"It's a sports competition, you can't wait until you're the only bidder. That's never going to happen," he added of France's reticence to bid again after failed attempts for the 2012 Summer and 2018 Winter Games.

Beaten by London for last year's Olympics, France have set their diplomatic-sporting wheels back into motion over the past few weeks.

And on Monday a reception was organised by Hollande in the Elysee Palace attended by Sports Minster Valérie Fourneyron, member of the French National Olympic Committee Denis Masseglia and French Committee for International Sport(CFSI) Bernard Lapasset.

France last hosted the Summer Games in 1924, and 2024 would mark the centenary of the last Paris Games.

Concerning the current difficult economic situation in France with record unemployment, Bach insisted that the IOC did not want "bids that were costly".

"A bid can contribute to development, not only sports development but also social development in a country and in a city," the German said.