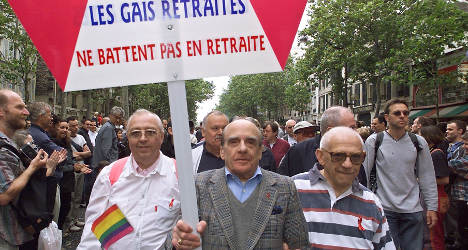 The report was put together by two LGBT associations tasked with looking into how later life for members of the country’s gay population can be improved.

The associations made 23 proposals to France’s Minister for the Elderly, Michèle Delaunay the stand-out one being the creation of state-run retirement homes specifically for gay people," French daily Le Figaro reports.

The motivation for the homes would be to protect elderly gay people from homophobia, the gay-rights associations say.

In the proposal the associations say the specialist homes would also be able to cater for the high proportion of HIV positive people among the elderly gay population, who require special care.

According to the Le Figaro which reported on the proposals, Delaunay has greeted the suggestion with a “favourable neutrality”.

The minister would look upon gay retirement homes in the same way as certain faith based accommodation for the elderly that already exist in France where residents are united by a certain set of beliefs, Le Figaro states quoting sources close to Delaunay.

Retirement or nursing homes based on common values or history already exist in France. There are homes specifically single women and others for those who spent their lives working in certain industries like French railways.

A retirement home designed for gay people is already in the process of being built in France. Earlier this year The Local reported how the mayor of a tiny village in the Aude region of southern France was angered after unwittingly approving plans for a ‘gay village.’ The mayor said the plan by British firm The Villages Group to gear the luxury village towards retired or holidaying gay people had been kept in the closet.

The difference between this ‘gay village’ in the Aude and the proposed retirement homes for homosexuals put forward this week by the LGBT associations is that it is a luxury scheme run by a private company and not funded by the state.

For some sociologists the creation of retirement homes for certain specific communities is an inevitable development for an increasingly aging population.

“When it comes to old age, we no longer have the strength to leave our world to start a new story. All our lives we are faced with changes and we adapt to them. But in the twilight of our existence we cling to communities with core values and shared experiences," François de Singly from Paris-Descartes University told Le Figaro.

“They are not a threat to the social bond.”

Retirement homes for gay people already exist in other European countries with Sweden opeing its first home earlier this month. Resident and association vice-chair Lars Mononen told The Local Sweden that the home is meant to be a place where members of the lesbian, gay, bisexual, and transgender (LGBT) communities can feel comfortable in their later years.

"We don't have kids, generally, and often aren't that close to other family members, and when you stop working you really miss that social interaction," said Mononen.

The proposal for gay retirement homes in France will be included in the consultation launched on Friday by French Prime Minister Jean Marc Ayrault designed to look at the reforms to deal with the “adaption to an aging society”.

From the vibrant Gay Pride parade to the rainbow-washed Marais district, let’s take a closer look at the gay scene in Paris.

One of the world’s most fabulous gay pride parades The annual pride march, la Marche des fiertés, will this year include a parade from Concorde to Republique.

Held on Saturday, June 29, the 2019 event is expected to attract more than half a million people.

As well as the parade with floats, there will be musical acts including Rag, Gang Bambi, Kiddy Smile, Arnaud Rebotini and Rebeka Warrior.

“It's good to be gay in Paris because no one really cares that much,” Bryan Pirolli, co-founder of The Gay Locals told The Local. “I never feel like I stand out. Gay men and straight men have similar senses of style so everyone kind of blends together.”
“It's historically such a gay mecca, so everyone is used to it and there's less prejudice,” he added.
Indeed, Paris has been seen as a bit of a gay haven since the early 20th century.

You might know the Marais as the beating heart of the queer capital, but it only became the gay centre of Paris relatively recently in the 1980s.

Long before that in the early 1900s, gay people gathered in Montmartre and Pigalle.

“In the first part of the 20th century, the visibility of such well-known figures as Natalie Barney or André Gide, as well as the flamboyance of meeting places in Montmartre or Pigalle, helped to construct the image of Paris as a ‘queer’ capital,” wrote Florence Tamagne in the 2014 book Queer Cities, Queer Cultures: Europe since 1945.

In the mid-20th century the gay hub moved to Saint-Germain-des-Pres in the sixth arrondissement, and by the 1960s it had shifted again to Rue Saint Anne in the first.

Although this street has now been taken over by Japanese restaurants, you can still find a few of these historical venues, the last remainders of some of the best gay nightclubs of the 60s and 70s.

The Marais: the City of Light’s favourite gayborhood These days, it is indeed the Marais that can claim to be the gay centre of Paris. This vibrant, trendy neighborhood, which spreads across parts of the the third and fourth arrondissements, is an internationally renowned “gayborhood”.

Rainbow flags and penis-shaped baked goods abound in this area, with the southwestern portion especially awash with gay-friendly establishments, gay bars, and gay nightclubs such as Le Depot, one of the largest gay clubs in Europe. It’s been the gay heart of Paris since 1980s, with the first gay bar opening in 1978. The oldest existing gay bar in the Marais is the Duplex, opened in 1980.

But there’s more to gay Paris than the Marais

But although it’s the epicentre, the Marais isn’t the only hotspot for gays in Paris.

Pigalle is another neighborhood popping with gay-friendly nightlife.

Then there's the famous nightclub Le Queen on the Champs-Elysées. Although it’s now more gay-friendly than strictly a gay nightclub, it was the place to be for gays in Paris in its 90s heyday, when French DJ David Guetta served as its artistic director.

In 2018 Paris hosted the 10th edition of the Gay Games, an inclusive sporting and cultural event that draws in thousands from around the world to “foster and augment the self-respect of lesbian, gay, bisexual, transgender, and all sexually-fluid or gender-variant individuals (LGBT+) throughout the world,” according to the official website.

Paris got some bad press in 2013 when thousands marched in protest of recently-legalized gay marriage.

But in general, “Parisians are very open-minded,” Gilles Bry of Paris Gay Village, an association promoting LGBT tourism, told The Local. “In Paris like in the rest of France, we don’t have too many problems of homophobia.”

Bry says the anti-gay marriage protesters were mainly “Catholics who represented just a small minority. When we measure the public opinion in polls, they are very favorable for gay marriage.”

France compared to the rest of the world

France came in behind winner Sweden, the UK, Belgium, and the Netherlands. The US on the other hand ranked much farther down the list in 36th place. 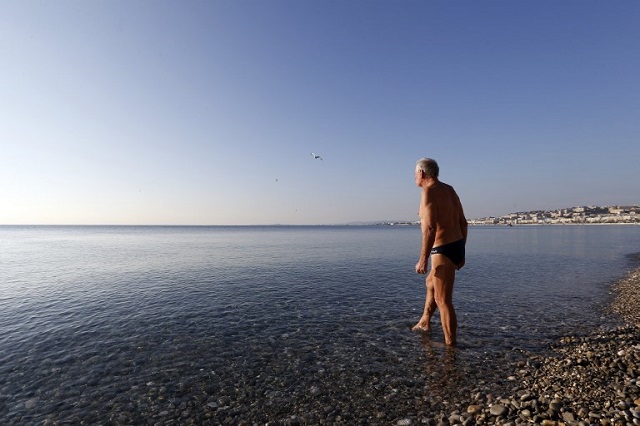